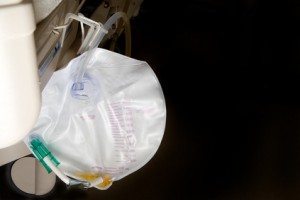 More than a quarter of a million people in the United States suffer spinal chord injuries every year (and many of these are young people); over a million people every year experience pressure sores. What do these two have in common? They both breed a problem of continence: an inability to control the anal sphincter to keep solid waste in the body (for further discussion of the impact of incontinence on bed sores look here). Of those struggling with this, many report it to be more debilitating than the loss of sexual functions, and it accounts for one of the biggest reasons that people choose to institutionalize their family members.

This is not the only attempt RDD is taking at solving problems overlooked by the medical community. Among its others ambitions, RDD is developing a treatment to ease the pain of those undergoing radiation therapy. In the United States, almost 300,000 people annually face itching and inflammation in their colon region due to this medical procedure. Currently, there is no FDA-approved solution to this problem; thus, RDD seeks to fill this void to ease the pain of those who need it most. To date, they have already secured seed funding as well as later rounds of investments.