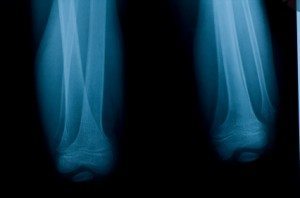 From Minnesota comes a disturbing story about a PCA (personal care assistant) whose alleged neglect of a paralyzed patient’s severe bed sores resulted in the amputation of the patient’s legs.

The Granite Falls News reports that Casandra Sannerud, 26, was charged with multiple counts of Medicaid fraud on behalf of the Minnesota Attorney General’s Office.

The charges included: three counts of theft by false representation, one count of criminal neglect, and one count of failure to report, resulting in great bodily harm. The Attorney General’s Office brought the charges against Sannerud after seeing a May 3, 2010 report on Minneapolis-based WCCO-TV, entitled “Family Blames PCA for Woman Losing Her Legs”.

According to WCCO, Sannerud was working as a personal care assistant to her friend Jennifer Darville, who was paralyzed from the waist down in an ATV accident in 2004. In late 2009, the report says, Darville developed pressure sores on the backs of her legs and her hips, which she couldn’t see or feel. The report goes on to say that Sannerud failed to report the decubitus ulcers, as required by Medicaid, and that they grew so severe that Darville required amputation of her legs.

The Attorney General’s Office says Sannerud only documented the pressure ulcers once, on January 14, 2010, after Darville had been admitted to a South Dakota hospital on December 20, 2009. State fraud investigators also discovered more than 100 overlaps between Sannerud’s daily PCA timesheets, and her work at another care center.

Sannerud countered the claims by saying she’d tried to get Darville to see a doctor, but that Darville had refused.

In a Granite Falls district court on May 25, Sannerud plead guilty to charges of theft of medical costs, and failure to report a health condition. She was sentenced to two years of probation, and was ordered to pay $7,043.30 in restitution.