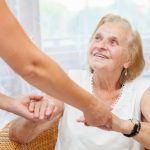 More and more people are being admitted to nursing homes every year. That is why you see new care facilities popping up all over the place. However, it also means that homes already open are being stretched to capacity.

This puts a burden on their resources and staff. People get hurt in the process. Residents suffer from neglect, abuse, and other forms of inadequate care because the facilities cannot live up to their obligations.

Here, we provide some summaries of nursing home verdicts and nursing home settlements to give you a better sense of how they are injured and, more importantly, how they can recover after an incident:

This nursing home settlement started as a wrongful death claim. It began after an elderly woman died in the care of the facility.

Lawyers for her estate conferred with her surviving family members and determined that it was due to the negligent care of the home. In particular, they claimed that the facility staff ignored her for long stretches of time, didn’t perform her required examinations, or give her proper medicine and other treatments.

As a result, she developed symptoms related to malnutrition, dehydration, and even bed sores.

The bed sores got so bad in fact that they became infected with sepsis. As noted above, she eventually died not long after these circumstances were discovered and the lawsuit her representatives brought put the onus on the nursing home.

It cited insufficient staff, supervision, and other failures on the part of the defendant facility as the reasons why. They sought compensation for her wrongful death, suffering while alive, expenses, and other damages.

The defendant refused that it should pay for any of these but still pushed a settlement through and the plaintiffs received $40,000.

If that number seems low, remember the following:

This cause of action unraveled slowly but that didn’t make it any less dramatic. The plaintiff was a female nursing home resident. She had chronic health conditions and therefore was put on a strict dietary and prescription plan.

However, her supervising nurses and staff didn’t follow it. Instead, they neglected her for long periods of time and failed to give her the care that she needed.

According to her lawyers, this triggered her rapid descent into poor health eventually ending in death. They filed a wrongful death case alleging that the home’s negligence was the reason why she died.

The defendant facility replied in brief that it didn’t have enough information to respond to some of the plaintiffs’ charges and also that the others were not true. However, as the day of trial got closer and closer, it began to reconsider and both sides worked out an out-of-court settlement for $500,000.

Here’s how they probably arrived at that number:

This Michigan nursing home settlement illustrates just how creative plaintiffs can get. It also exhibits the power of a skilled and inspired attorney. The controversy started when the resident was sent to the nursing home. She was in her late seventies and recovering from spinal stenosis surgery.

However, if that were the only issues relevant to the case, it wouldn’t have been that significant. Once she died not long after contracting them, her representatives built a theory that this was more than just a simple bed sore suit. It was about inadequate care, neglect, and an overall deficient supervisory system.

Proof of this was found in the delay in notifying the resident’s doctors; the delay in identifying the actual problem; and the delay in getting her treatment. They sought compensation for her bodily injury, wrongful death, and financial expenses.

The defendant nursing home disagreed but preferred settlement to trial so the plaintiffs recovered almost $100,000.

Here are some things that tipped the suit in their favor:

This nursing home case was framed as one of neglect and inadequate care. The victim: a male nursing home resident that was seventy-eight at the time of dispute. The offender: a nursing home and its deficient staff. The controversy: the circumstances and exact nature of his injuries.

What we know for sure was that he was immobilized due to previous issues and that he developed bed sores while there.

Also, sores that were previously fixed became a problem again. Additionally, he suffered from general neglect with signs of malnutrition and worsening overall health. He sued the nursing home and other third parties that treated him during his stay there.

He alleged that they failed to hire enough people to take care of him; failed to train them properly; failed to use creams and other devices to treat him; failed to rotate his body regularly; and committed several other errors.

They all responded that they did everything properly and that his injuries were beyond their control or due to prior circumstances.

However, he still ended up obtaining $22,500. Wonder how? Look at these facts:

This cause of action began with a request for help. A disabled man in his early seventies tries asking for help to bathe himself and use the facilities. His calls went unanswered. According to his claims in the lawsuit he later filed in court, he waited for nearly an hour.

Then, being unable to wait any longer, he decided to go by himself. However, it didn’t go well. He fell down and cracked a rib and injured his arm. He was able at that time though to call and get some of the staff to come assist him.

Once they got there, they contacted the emergency department and he was taken to the hospital. He had broken a couple of bones in his body and needed treatment to set them and fix other issues.

However, when he eventually sued the nursing home where he was staying, he alleged that the incident caused him not only short-term pain and expense but long-term aggravation, disability, and disfigurement (scarring). The defendant nursing home didn’t buy it. They saw the whole situation as a byproduct of his impatience and clumsiness.

It didn’t see why it should have to pay for that. Yet, this disbelief didn’t preclude a settlement agreement and he ended up getting $100,000 which makes some sense when you consider the following:

It might seem impossible trying to remember all the responsibilities that nursing homes have. However, once they break one and injure you, remember these important points about litigation:

Was Your Loved One Injured at a Michigan Nursing Home?

Attorneys at Nursing Home Law News represent victims of inadequate care in nursing homes. It is a pervasive and perplexing problem but our experience and resources can ensure that you get the recovery that you deserve.

We will work for you at no upfront costs until you get every dollar allowed under the law. Start the process today! Call our offices now!