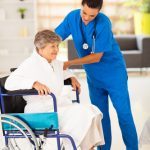 As easy as it might seem to prevent, surprisingly, one of the common problems that Michigan nursing home residents have is falling from their beds, chairs, toilets, or other surfaces.

Falls are some of the most serious and costly incidents that residents experience in nursing homes. They normally come with significant bills, life changes, and injuries. Here are some Michigan nursing home cases that involve falls.

The victim in this controversy was eighty-two years old. She fell from her bed resulting in a fractured bone in her neck as well as various other personal injuries. When she was finally taken to the hospital for care and treatment, she died just a few hours later on that same night.

Not soon after this incident her estate filed a lawsuit against the nursing home. It alleged negligence and wrongful death. Specifically, it cited numerous errors that the nursing home committed such as a lack of safety equipment, insufficient supervision, inability to follow her doctor’s orders, and a delay in transferring her to the hospital.

Apparently, her doctor had even given strong warning to the defendant facility that she was a high risk for falls but this went unheeded.

When she did die, her lawyers suggested that all of these omissions were to blame and sought recovery for pain, lost companionship, expenses, and other losses. The defendant refused all of these claims.

It responded that it had complied with all necessary requirements regarding her care and that her rapid health descent was unrelated to her fall. Yet, it still entered into a court-approved settlement with the family for $100,000.

Here’s why they might have been motivated to do that versus go to trial:

The plaintiffs in this Michigan nursing home lawsuit brought an action after their family member (a sixty-year-old female) died in the care of the facility. While in their care, she fell on two separate occasions and these were not minor incidents.

In both of them she sustained extraordinary injuries including a broken hip. However, that was not all that plagued her during her stay at the nursing home. She also developed bed sores which spread across her body and became infected.

This infection would later take her life and it was at that point that her family began to consider their options in court. When they eventually filed a lawsuit, it accused the nursing home of neglect, negligence, wrongful death, and other general misconduct.

Specifically, it complained that it didn’t put enough people on the job, didn’t train them well enough, didn’t provide residents with proper safety equipment and that all of these misdeeds cost the decedent her life.

As much as the defendant facility disagreed with these contentions, it still thought fit to settle and the plaintiffs obtained $35,000.

While this number might seem low, consider these points:

The injured party in this dispute was an elderly woman. She was trying to go from her bed to the bathroom but couldn’t do it on her own so she rang for assistance. Some nursing home staff came and tried to move her but she fell down in the process.

Her injuries were serious: broken femur; broken knee; scarring; and disability. She brought a case against the nursing home for damages to recover for these losses.

The complaint stated that the employees didn’t follow Michigan laws and regulations regarding the care for nursing home residents and in other ways negligently cared for her. She complained that these failures directly led to her damages and that consequently the nursing home owed her compensation.

While the defendant facility did not think that it was at fault, it still sought to settle and the court approved an agreement for $110,000.

Here’s how that amount was split:

The event that triggered this cause of action was a simple fall. However, immediately after this happened it became apparent that there was much more beneath the surface. She was fifty-eight and experiencing dizziness and difficulty seeing properly before it happened. O

nce she got to the emergency room, doctors performed diagnostic procedures and other treatments. They determined that she had tumors but she slipped into a coma before they could do anything about it.

Physicians conducted surgery and other techniques but she remained in that state for several months before finally passing away. Her estate sued the nursing home, emergency room, and doctors among other parties.

They alleged that their combined negligence and medical malpractice caused her injures, expenses, and death. They sought compensation for these losses as well as their own losses that arose because of these events.

With respect to the nursing home, they alleged that it deficiently supervised and this led to her fall as well as a failure to identify her broader health problems.

All defendants denied any responsibility but entered into an approved settlement not long thereafter for $575,000 that broke down along the following lines:

This case was technically a nursing home lawsuit but was not an ordinary one. The victim was a resident that needed to be transported to a nearby medical facility.

He was middle-aged and confined to a wheelchair which, among other reasons, was why he needed nursing home staff to bring him there. During the trip to the facility, they got into an accident.

The driver was fine but the handicapped resident was not. He broke his hip and died just a few weeks later in the local hospital.

Lawyers for his estate brought a lawsuit against the nursing home soon after and alleged that it was responsible for these events and the damage that arose under the theory of respondeat superior. This theory holds employers liable for the actions of their employees if they are done in the standard course of employment.

The defendant argued that they were not done in the scope of work and therefore it was not responsible for the man’s injuries.

However, as trial approached, they decided to settle and gave the man’s family $313,000 which is surprising because of the following:

This nursing home lawsuit requires a little bit of unpacking because while it was for wrongful it only obtained $35,000 in settlement.

Therefore, the context is very important to understand. The victim was a newly-admitted resident in her late eighties. Just prior to entering the care facility, she underwent a procedure to amputate her left leg.

However, that is not all she was dealing with: dementia, diabetes, and hypertension among other conditions.

Yet, when she got to the nursing home, staff did not take her particular health status into account. According to documents filed by the plaintiff’s lawyers, they did not complete a fall prevention plan despite the fact that she was a high risk for falls.

Plus, it wasn’t more than two days before she actually did fall from her bed. Staff didn’t notice for a few hours and she died not long after the accident.

Her estate contended that the facility committed a variety of errors which led to her death including failing to staff the home with enough nurses, failing to provide bed rails and proper equipment, and failing to check in on her regularly.

The defendant disagreed with these arguments and offered instead that it complied with Michigan law and cared for her properly. Yet, despite their differences, both sides were able to reach an agreement and the plaintiffs received $35,000 (she had two surviving children and ten surviving grandchildren).

Here’s how the money was apportioned:

Once you read over these Michigan nursing home cases, remember these takeaways so that you can identify the important issues and ramifications of your own incident:

Were Your Family Member Injured From a Fall in a Michigan Nursing Home?

Was your loved one injured in a fall at a Michigan nursing home? If they did, then the attorneys at Nursing Home Law News can represent you and make sure that you everything due under the law.

We begin by meeting and completely reviewing the circumstances of your accident. Then, we will put all of our capabilities and commitment to you case.

Also, we work on contingency so that you don’t have to worry about fees until you get the award you want. It’s that simple.