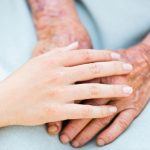 Bed sores might be the most severe issue spreading through Michigan nursing homes. Many people also refer to them as decubitus ulcers or pressure sores but they mean the same thing.

Generally, they arise when residents sit too long without moving or constantly rub something over their skin. Though they might appear to be just little blisters at first, they can quickly develop into a deadly problem as they progress from stage one to stage four.

Also, they frequently cause other issues like infections that may end up actually be the cause of death or serious injury. Below are some Michigan nursing home cases that focus on bed sores.

The resident at the center of this controversy was eighty. He had limited mobility and was mostly confined to using a wheelchair to get around the nursing home. At some point during his stay there, he began to experience blisters and issues related to his reduced movement.

Then, several of them actually became bed sores underneath his legs and by his hips. What happened next is in dispute and largely the focus of the subsequent lawsuit.

The plaintiff and injured resident claimed that the nursing home didn’t do anything about his bed sores for almost half a year. The nursing home rejoined that it checked them and gave him the proper standard of care.

However, in apparent contradiction to the facility’s story, the man ended up needing an amputation to remove the leg affected by bed sores so it seemed that it didn’t do everything that it should have to treat him.

This might have explained why it chose to settle very early into the litigation and here is a bit about that agreement:

Flashforward to the end of this story: an eighty-two-year-old woman passes away in a sleepy little nursing home just outside of Ann Arbor, Michigan. How did it happen? Who is responsible?

That was at the heart of this nursing home lawsuit. The lady entered the facility for treatment and supervision after suffering a massive heart attack. However, her lawyers argue that she didn’t get it.

They painted a picture of a woman whose health spiraled out of control and led to her death just three months after being admitted to the nursing home. For instance, she developed bed sores that got all the way to stage four. She also fell out of bed on several occasions.

They said that none of this would have happened had the nursing home not acted negligently. They sought damages for wrongful death and negligence. The defendant refused each of these claims.

It responded that all of its employees acted appropriately and nothing it did caused any of her harms. Also, it pointed out that the woman was extremely sick prior to coming to the home.

However, despite these objections, they still agreed to settle just before trial commenced.

The plaintiffs received $100,000 which is surprising considering the following:

The plaintiff in this Michigan nursing home lawsuit was sixty-eight. She had recently broken her knee and required treatment to set it properly. Doctors performed the operation at the nursing home in coordination with the facility’s staff.

Unfortunately, things didn’t go smoothly. What happened was that they immobilized her leg but it cut off the circulation.

Not long after the botched procedure she started to develop bed sores and they worsened so quickly that the nursing home staff didn’t notice. They developed to stage four and became gangrenous. Once the employees eventually figured out what was happening it was way too late.

She had to have the leg removed. After she finished her recuperation, she consulted her with her lawyers and decided to bring a lawsuit against the doctors that performed the operation and nursing home that participated as well.

She argued that their combined negligence led to her bed sores, amputation, and decline in overall health. She sought damages for pain, suffering, disability, and expenses among other things. The defendants filed a reply but didn’t pursue the matter for long.

They settled and she received $500,000. Here’s how that agreement broke down:

The person who filed this Michigan nursing home lawsuit was a retired man who had not lived at the facility long before experiencing the problems that drove this case. He was sent there after undergoing surgery on his back, herniated disc treatment to be specific.

As he was sent to live there, his doctors game the nursing home explicit and direct instructions regarding his care especially related to the prevention of falls and bed sores.

Well, it turns out that these warnings were ignored. Nursing home employee did not create an individualized plan of care or take care of him sufficiently to stop the spread of sores. Not only did the resident contract bed sores but they also spread over much of his lower back and developed to a critical state.

They became infected and sepsis took over before he was sent to the hospital for treatment. Yet, not even that could help him because he died just a few days later.

His family was quick to sue the nursing home alleging that its neglect and deficient care led to his injuries and death. The nursing home denied these points but not for long.

They settled for $1,000,000 which is particularly noteworthy because of the following:

This nursing home settlement was surprising in its predictability. The affected resident entered the facility already with bed sores. He acquired them while at a long-term stay at a nearby hospital where he was receiving extended treatment following a catastrophic accident.

However, they got much worse while he was staying at the nursing home. In fact, they went from stage one and two to a critical stage of four.

Sepsis also came into the wound sites and complicated the matter even further. When staff at the nursing home realized this development, they had him brought back to the hospital where he underwent debridement and other procedures.

A few months after this time, he passed away. Lawyers for the estate claimed that the negligent care of the nursing home reduced his chance at survival and caused him great pain and expenses.

They finally agreed to end the matter for twice that figure most likely because of the following factors:

This action involved a fair amount of scandal and a large number of disputed facts. What was known for sure was that an eighty-year-old died in the care of a Michigan nursing home. The apparent cause of his death was sepsis and rapid infections that took hold because of expanding and progressing bed sores. They had reached the critical state and left his bones visible to the naked eye.

What was so bizarre about the situation was that he didn’t have any history of pressure sores. What made it even more odd was that his lawyers were preparing to show that the facility falsified records regarding his care and supervision.

The defendant’s reply indicated that it wanted to fight the notions that it served him deficiently or that its conduct somehow led to his death. However, it didn’t take them long to see that their chances in court were slim and they agreed to settle with the plaintiffs.

The plaintiffs received $1,250,000 which might make sense when you remember the following:

Michigan nursing home verdicts with bed sores can be difficult to your head around because they involve complicated sets of laws and facts. To make it easier, we have listed some takeaways below to focus your attention:

Did Your Loved One get Bed Sores at a Michigan Nursing Home?

Every person on our team at Nursing Home Law News has substantial experience helping nursing home residents that have suffered from neglect, negligence, or other misconduct including bed sores. We can review your injuries and see what you can do to correct.

Also, we can quickly figure out who is to blame so that you can take your case to court and recover what you deserve. Plus, we won’t ask for anything if we’re not successful! Contact the Nursing Home Law Center LLC today to begin down the road to recovery!