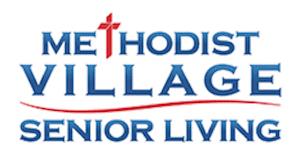 Many families are often overwhelmed when it is time to place a loved one in a nursing home and transfer the care they have been providing over two medical professionals. These family members are often comforted in the understanding that the loved one will receive the highest level of care and services in a compassionate, safe environment. Unfortunately, mistreatment often occurs in nursing facilities by caregivers, employees, visitors and other residents that lead to injured victims or an unexpected death.

The Arkansas nursing home abuse attorneys have represented many Sebastian County victims of mistreatment in nursing homes and can assist your family too. Let our network of lawyers help you in obtaining adequate financial compensation to recover your losses and take immediate legal action to ensure that those responsible for harming your family are held legally accountable. We can begin working on your case today.

This long-term care (LTC) facility is a 145-certified bed center providing services to residents of Fort Smith and Sebastian County, Arkansas. The "for-profit" Medicare/Medicaid-approved home is located at:

Both the federal government and the state of Arkansas have the legal responsibility to levy monetary fines or deny payments through Medicare if a nursing home has violated established rules and regulations that harm or could have harmed residents. Within the last three years, investigators levied two fines against Methodist Health and Rehabilitation Center including an $8128 fine on July 14, 2017, and a $20,770 fine on September 13, 2017.

Also, the facility received two formally filed complaints in the last thirty-six months. Additional information about fines and penalties can be found on the Arkansas Adult Protective Services website concerning this nursing home.

Families can download statistics from the Arkansas Department of Public Health and on Medicare.gov online sites to view a comprehensive historical list of all health violations, dangerous hazards, safety concerns, incident inquiries, opened investigations, and filed complaints of every facility statewide. The information can be used to determine the level of health, and hygiene care each community long-term care facility provides its patients.

In a summary statement of deficiencies dated July 14, 2017, the state investigator noted the facility's failure to "ensure an allegation of neglect was immediately investigated and reported to the Office of Long Term Care (OLTC) and other state agencies [according to] State law." The deficient practice by the nursing staff and Administrator involved one case where a resident's "family member made an allegation of neglect. This failed practice [to investigate the allegation] has the potential to affect fifty-three residents who were severely cognitively impaired."

The state investigator noted that on July 10, 2017, the resident's "husband approached a surveyor and requested to talk to one of the team about his wife." The following day, during a telephone interview "the resident's husband stated that about six weeks earlier "around the shift change, one of the CNAs (Certified Nursing Assistants) saw [his wife] lying on the floor. She cannot move, except for one hand. The doctor put her on Comfort Care. They (the facility) have her on this air mattress. I asked them to check on her once an hour. She looked terrible. She had fallen out of bed. They said maybe the air mattress kicked her out."

The resident's husband said that the facility "called me and this nurse used a different phone, not a phone at the facility. I did not answer the call - I saw it later on - I thought it was a solicitor. I went up there at noon; they said it happened around 5:30 AM. I fed her most days twice a day. It looked like she had been in a fight. She had a gash on her knee. No one tried to call me after that first attempt. They suggested taking her to the emergency room, the but that would mean sitting there for hours, so I said 'no.'"

The surveyor contined to discuss his greivances with the surveyor said that his wife "saw the doctor on the Wednesday after the fall, and it was a negative scan on her head. Three days after the fall, she sat there in the Geri-chair from 2:00 PM when I left that day until 5:00 PM when I checked back to the facility. She smelled, her attire was the same, she sat in fecal material. I chewed out a member of the staff; I did not care."

The husband stated that the facility said 'we cannot help here.' I feel this is neglect. Management does not go up and down the halls checking up. I have pictures, have documented everything. I know how to treat people. I do not think they mean to, but I just think it is neglect. I just want my wife cared for!"

The survey team saw the resident's husband "in the resident's room" on July 11, 2017, at noon while the resident "was in the geri-chair in the lobby area. The husband showed four pictures of a red abrasion to the right side of his wife's forehead." The husband stated that "the report says she does not have a concussion. But she is an invalid; how did she fall out?" While pointing "to her bed by the window," he said, 'the air mattress could have lost pressure, they were not sure. How long did she lay their, I do not know.'"

The resident told the survey team that "about a week ago, [his wife] was lying in [her bed], the mattress had gone flat. The girls (staff) reported to the Director of Nursing" and the Administrator and Director of Nursing "said they would take care of this. Did I get a phone call about it? I did not. They (the facility) only have one or two (mechanical) lifts, so sometimes my wife has to sit a long time before going to bed. They are 'bean counters,' they just want to save money. I had to tell the Administrator [my wife] needed a bigger chair, had to push them to get one. They did, but why did it take so long? They will not put a side rail on her bed as they say it is a restraint. She cannot move. If there had been a rail there, we might not be having this conversation."

In a summary statement of deficiencies dated July 14, 2017, the state investigators documented that the facility had failed to "ensure their abuse prohibition policies and procedures were implemented, as evidenced by a failure to immediately report an allegation of neglect to the Office of Long Term Care (OLTC) and other state agencies [according to] State law." The state survey team also stated the facility failed "to ensure an investigation was immediately initiated to determine if neglect occurred for [one resident] whose family member made an allegation of neglect. This failed practice had the potential to affect fifty-three residents who are cognitively severely impaired."

In a summary statement of deficiencies dated July 14, 2017, a state investigator noted the nursing home's failure to "ensure staff wore gloves while providing personal hygiene and for toileting and wash their hands [before] conducting a transfer and touching other items in the room to prevent the spread of infection." The deficient practice involved one resident and the nursing staff's failure to "ensure staff changed soiled gloves and wash her hands to prevent the spread of infection."

In a summary statement of deficiencies dated September 13, 2017, the state investigators documented that the facility had failed to "ensure a transfer was conducted with a Safety Sure Sling and two-person assistance for a resident with severe osteoporosis and osteopenia [a reduction of bone mass], as per the plan of care, which resulted in injury to the resident." The state survey team also documented the facility's failure "to ensure direct care staff immediately informed a licensed nurse of an audible 'pop' [heard] during the transfer and the resident's complaints of knee pain immediately after the transfer, to enable the nurse to assess, identify and promptly notify the physician of any injury."

The investigator stated that the failed practice of the nurses "resulted in Immediate Jeopardy, which caused or could have caused serious injury, harm or death to [the resident] who sustained a fracture of the distal femur when staff conducted a two-person manual transfer." This failure "had the potential to cause more than minimal harm to five residents who require two-person-transfer with a Safety Sure Sling."

Injured or Abused While Residing at Methodist Health and Rehabilitation Center?

If your family believes your loved one suffered harm or injuries while a resident at Methodist Health and Rehabilitation Center, contact the Arkansas nursing home abuse lawyers at Nursing Home Law Center at (800) 926-7565 now. Our network of attorneys fights aggressively on behalf of Sebastian County victims of mistreatment who live in long-term facilities including nursing homes in Fort Smith. Allow our seasoned nursing home abuse injury attorneys to file your claim for compensation against every party at fault for causing harm to your loved one. Our years of experience can ensure a successful financial resolution to make sure your family receives the financial recompense they deserve. Contact us now to schedule a free case review to discuss how to obtain justice and resolve a financial compensation claim. Let us fight aggressively on your behalf to ensure your rights are protected.

We accept every case concerning wrongful death, nursing home abuse, and personal injury through a contingency fee arrangement. This agreement will postpone payment of our legal services until after our lawyers have resolved your case through a negotiated settlement or jury trial award. Our network of attorneys offers every client a "No Win/No-Fee" Guarantee, meaning you will owe us nothing if we are unable to obtain compensation to recover your family's damages. Let our team begin working on your case today to ensure you receive adequate compensation. All information you share with our law offices will remain confidential.