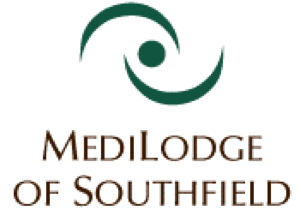 Many families are unaware that their loved one is being mistreated while residing in an open County nursing facility until a serious problem arises from a fall or preventable facility-acquired bedsore. Other times, the patient becomes the victim of abuse by other residents or caregivers through physical, mental, emotional, or sexual assault.

If your loved one was harmed while residing in a nursing facility, contact the Michigan Nursing Home Law Center Attorneys now for immediate legal intervention. Our team of lawyers has extensive experience in handling cases just like yours, and we can help your family too. Let us begin working on your case today to ensure you receive monetary compensation for your damages.

This facility is a "for profit" 191-certified bed long term care center providing cares and services to residents of Southfield and Oakland County, Michigan. The Medicare and Medicaid-participating home is located at:

The investigators for the state of Michigan and federal nursing home regulatory agencies have the legal responsibility of penalizing any facility that has violated rules and regulations that harmed or could have harmed a resident. These penalties often include monetary fines and denying payment of Medicare services. Typically, the higher the penalty, the more egregious the problem.

To be fully informed on the level of care nursing homes provide, families routinely research Medicare.gov and the Michigan Department of Public Health website database systems for a complete list of deficiencies, violations, and citations.

According to investigators, “the facility failed to notify a court-appointed legal guardian/responsible party of a change in condition for [one resident] reviewed for notification, resulting in the legal guardian not being informed of an injury [timely].”

While there is documentation that a family member was contacted by phone “regarding notification of the facility for [the resident’s] identified injury on September 30, 2018” the legal guardian (the family member’s sister), was not informed by the nursing home.

The nursing home “failed to ensure adequate positioning in a wheelchair based on the resident’s assessed needs [resulting] in a preventable fall.”

The facility’s investigation documentation shows that the resident “was up in a wheelchair at the nurse’s station, leaning forward and fell on the floor hitting the head. No apparent injuries, the Medical Doctor was notified and ordered the skull x-ray, with results showing no radiographic evidence of acute disease and the skull.”

Do you suspect that your loved one is the victim of mistreatment while living at Medilodge of Southfield Nursing Center? Contact the Michigan nursing home abuse lawyers at Nursing Home Law Center at (800) 926-7565 for immediate legal intervention. We represent Oakland victims of abuse and neglect in all areas including Southfield.