Medilodge at The Shore Nursing Center Abuse and Neglect Lawyers 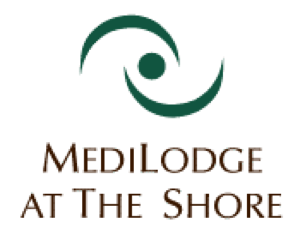 Do you suspect that your loved one has suffered neglect or abuse at the hands of caregivers, employees, or other residents? Did they develop preventable bedsores or suffer harm in a fall or medication error? If so, contact the Michigan Nursing Home Law Center attorneys now for immediate legal intervention.

Our team of dedicated lawyers has helped many individuals in Ottawa County by using our years of experience and knowledge of the law to serve their needs. Let us begin working on your case today to ensure your family returns to the right path for health and financial recovery.

Medilodge at The Shore Nursing Center

This long-term care center is a "not for profit" 126-certified bed home providing cares to residents of Grand Haven and Ottawa County, Michigan. The Medicare and Medicaid-participating facility is located at:

The investigators for the state of Michigan and federal nursing home regulatory agencies have the legal responsibility of penalizing any facility that has violated rules and regulations that harmed or could have harmed a resident. These penalties often include monetary fines and denying payment of Medicare services.

Over the last three years, federal investigators imposed a $40,007 monetary penalty against Medilodge at the Shore Nursing Center on February 21, 2017, citing substandard care. Medicare also denied payment for services rendered on the same day due to a failure to follow protocols and procedures.

The investigators determined “the facility failed to report an allegation of abuse to the State Agency within two hours [resulting] in the potential for abuse to go unrecognized and uninvestigated.”

The state surveyors along with the Director of Nursing attempted to interview the resident about an incident that occurred at the facility. The resident stated that “was only one and I am not talking about that.” A review of a Staff Interview Summary written by the Director of Nursing revealed that the resident said that her roommate “told her that one of the CNAs hit her on the top of the hand the other night because she was upset with the staff.

According to investigators “the facility failed to provide intervention to prevent a pressure ulcer and failed to implement interventions to prevent pressure ulcer formation.” The investigative team interviewed the Director of Nursing who stated that the resident “was to turn and reposition with routine rounds or about every two hours for the Certified Nursing Aides (CNAs).”

The nursing home “failed to maintain infection control practices during medication administration and blood glucose monitoring” involving six residents. The deficient practice resulted “in the potential for the spread of infection and blood-borne pathogens.”

The survey team interviewed the Director of Nursing who “indicated that the best practice procedures dictate that a glucometer be cleaned between each resident and when placed on a surface in a resident’s room, there must be a barrier underneath it. Handwashing between each resident is also an expectation for staff.”

Abused at Medilodge at The Shore Nursing Center? Our Attorneys Can Help

Were you the victim of mistreatment while you lived at Medilodge at The Shore Nursing Center? Contact the Michigan nursing home abuse lawyers at Nursing Home Law Center at (800) 926-7565 for immediate legal intervention. We represent Ottawa victims of abuse and neglect in all areas including Grand Haven.