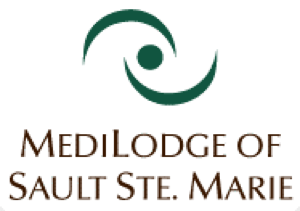 Neglect and mistreatment still occur at many facilities in Michigan where residents become victims of abuse at the hands of caregivers, employees, or other residents. In some cases, the nursing staff is underpaid, overworked, or lacks the necessary treatment and education required to meet the needs of all patients.

If your loved one was injured while residing in a Chippewa County nursing facility, contact the Michigan Nursing Home Law Center attorneys now for immediate legal help. Let our team of lawyers handle your case to ensure you receive adequate monetary recovery. We will use the law to hold those responsible for the harm legally accountable.

This Medicare and Medicaid-participating nursing center is a "for profit" home providing services to residents of Sault Sainte Marie and Chippewa County, Michigan. The 114-certified bed long-term care home is located at:

The investigators working for the state of Michigan and the federal government had the legal authority to impose monetary fines and deny payment for Medicare services if the nursing home has been cited for serious violations of established regulations and rules.

Information on every intermediate and long-term care home in the state can be reviewed on government-owned and operated database websites including the Michigan Department of Public Health and Medicare.gov.

According to investigators, “the facility failed to provide adequate supervision to prevent a fall for [one resident].” The deficient practice by the nursing staff resulted in the resident’s “fall from a wheelchair which resulted in a subdermal hematoma (blood collection between the brain surface and skull).”

The surveyors interviewed the facility Admission Coordinator who confirmed that she had brought the resident “to the dining room for a snack (providing redirection) due to [the resident’s] exit-seeking behavior near her office.” The resident’s “wander guard repeatedly kept alarming due to the close proximity to the main entrance.”

The Admission Coordinator provided the resident a banana and then left the resident alone in the dining room when returning to her office.” The documentation shows that the resident stated that “she was trying to go outside at the time of the fall [and had] attempted to transfer several times, and she does have a history of this.”

During an interview with the Director of Nursing, it was revealed that the resident “did not have supervision, and she was found behind a wall.” The Director discussed “all staff seated at the Nurses’ Circle located outside of the dining room [did not] have a direct view inside the dining room.” The Director stated that “we changed her Care Plan and now added an intervention to keep the resident in a line of sight while in her wheelchair.”

In a separate summary statement dated May 4, 2018, the nursing home “failed to provide adequate supervision to prevent multiple falls for [three residents].” The deficient practice resulted “in the potential injury for [all three residents].”

In one incident, a report revealed that a resident “had an unwitnessed fall from his wheelchair in another resident’s room.” During the first fall, “the chair alarm did not sound, and the batteries were changed. The second fall revealed that the alarm did sound. The report also revealed that the resident slid out of the chair in the day room, [that was] witnessed by dietary staff.”

When the resident was put back in the wheelchair, the resident then “wandered into another resident’s room and slid out of the chair again.” The nursing staff put the resident to bed.”

Mistreated at Medilodge of Sault Ste Marie Nursing Center? We Can Help

Do you believe that your loved one is the victim of mistreatment, abuse or neglect while living at Medilodge of Sault Sainte Marie Nursing Center? Contact the Michigan nursing home abuse attorneys at Nursing Home Law Center at (800) 926-7565 for immediate legal intervention. We represent Chippewa victims of abuse and neglect in all areas including Sault Sainte Marie.

We do not charge for case evaluations and consultations. Also, we provide a 100% “No Win/No-Fee” Guarantee. This promise means we will postpone all of your payments for legal services until after we have secured financial recovery on your behalf. All information you share with our law offices will remain confidential.