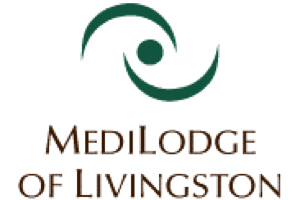 Many residents in nursing homes arrive at the facility from the hospital after undergoing a procedure or receiving treatment for a severe condition. Every resident’s family expects they will receive the best care from medical professionals. Sadly, mistreatment, neglect, and abuse are all too common occurrences in Livingston County nursing homes.

If your loved one was injured while residing in a nursing facility, contact the Michigan Nursing Home Law Center attorneys now for immediate legal help. Let our team of lawyers work on your family’s behalf to ensure those responsible for causing the harm are held legally and financially accountable. We can begin working on your case today to ensure you receive monetary recovery for your damages.

This long-term care facility is a 139-certified bed "for profit" home providing services and cares to residents of Howell and Livingston County, Michigan. The Medicare and Medicaid-participating center is located at:

Michigan and the federal government have the legal obligation to monitor every nursing facility and impose monetary fines or deny payments through Medicare if the home has violated established nursing home regulations and rules. In severe cases, the nursing facility will receive multiple penalties if investigators find the violations are severe and harmed or could have harmed a resident.

The nursing facility received thirty-six formally filed complaints and self-reported five significant issues that all resulted in citations over the last three years. Additional information about fines and penalties can be found on the Michigan Licensing and Regulatory Affairs Nursing Home Reporting Website.

According to investigators “the facility failed to initiate suicide precautions for [one resident] reviewed for suicide precautions.” Nursing home documentation shows that the resident “continues to pull at [the tracheostomy tube], taking out her cannula.” The resident also told “staff to ‘kill me’ and ‘nobody cares about me.’ Interventions were unsuccessful in that when trying to reassure her that the staff was concerned for her and only trying to help her, she stated ‘I do not believe you.’”

Nursing staff “visited the resident to follow up on reports of increased depression with further discussion, when the resident confirmed that she does think about harming yourself [and] has a plan and believe she can carry out the plan.” The resident was transferred to a local hospital “to ensure safety and receive comprehensive mental health services.”

The resident was readmitted from the hospital “where she was sent out for suicidal ideation [thinking about suicide].” However, a review of the resident’s Medical Records shows that there was no indication that the resident “was placed on suicide precautions.”

The medical team stated that the resident “had a suicide plan in place where she would take a razor blade and slit her wrists.” The documentation shows that the hospital attempted to have the resident “transferred to an inpatient psychiatric facility, but [the resident and her guardian refused and the resident] was returned to the facility” and “not placed on suicide precautions.”

The nursing home “failed to protect three cognitively impaired residents from sexual abuse.” One incident involved a resident “who had a long-standing history of inappropriate sexual behavior.”

That resident and another resident “were witnessed by staff to be fondling, licking, and making sexually inappropriate remarks, resulting in an Immediate Jeopardy when the facility did not investigate, report all incidents to the State agency or implement timely interventions to protect residents from further abuse.”

Neglected at Medilodge of Livingston Nursing Center? Let Us Help You Today

Do you suspect that your loved one is the victim of mistreatment while residing at Medilodge of Livingston Nursing Center? Contact the Michigan nursing home abuse lawyers at Nursing Home Law Center at (800) 926-7565 for immediate legal intervention. We represent Livingston victims of abuse and neglect in all areas including Howell.