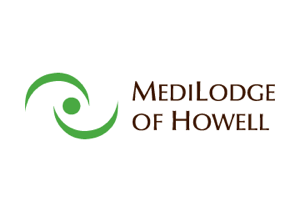 Mistreatment in nursing homes is often the result of a lack of proper training, minimal supervision, or the neglectful actions of caregivers and other employees. Typically, the consequences of abuse and neglect will cause the resident’s preventable injury, harm or wrongful death. Any form of mistreatment occurring in nursing homes is inexcusable.

If your loved one was injured while residing in a Livingston County nursing facility, contact the Michigan Nursing Home Law Center attorneys now for immediate legal intervention. Let our team of lawyers work on your family’s behalf to ensure you are adequately compensated for your monetary damages. We use the law to protect our client’s rights.

This facility is a "for profit" 219-certified bed long term care center providing cares and services to residents of Howell and Livingston County, Michigan. The Medicare and Medicaid-participating home is located at:

Both Michigan and the federal government can impose a monetary fine or deny payments through Medicare when a nursing facility has been found to violate established regulations and rules. The higher the monetary penalty, the more serious the violation is that likely harmed or could have harmed one or more residents at the nursing home.

Over the last three years, federal investigators imposed two large monetary penalties against Medilodge of Howell Nursing Center citing substandard care. These penalties include a $16,562 fine on March 7, 2018, and a $20,800 fine on April 12, 2017, for a total of $36,562. During that time, Medicare denied payment for services rendered on March 7, 2018.

Our attorneys obtain and review data on every Michigan long-term care home from various online publically available sources including the Michigan Department of Public Health website and Medicare.gov.

According to investigators, the nursing home “failed to follow their policy and procedure for call light response and staffing [resulting] in resident neglect by failure to receive toileting assistance, treatment, showers, oral hygiene and wound care [promptly], shame and embarrassment.”

The survey team reviewed call light response times between March 1, 2018, and March 21, 2018, that ranged from 14:56 minutes to 99:59 minutes. A review of one resident’s call light usage shows that the resident had used her call light 127 times with an “average response time of 15.2 minutes.”

The survey team interviewed a Confidential Informant who admitted that “there was not sufficient staff to care for the resident’s already in the facility [and it] seemed like the admissions person excepted any resident referral sent to her from the hospital. The Director of Nursing’s hands are tied on this. The staff does not have enough time to care for everyone, much less do their charting.”

The nursing home “failed to maintain sufficient nursing staff to ensure [six residents] from a confidential group resident council meeting [received care according] to their Plan of Care, resulting in the potential for a decline in resident quality of life or care, or unmet resident needs.”

During a confidential interview, a nurse at the facility said that “she was the only nurse who was on the hall [on the day shift on March 5, 2018] and conveyed there were over thirty residents on the hall. The nurse stated the nurses were to administer all the medications to the residents on the hall and perform all wound and other treatments residents required.”

The survey team interviewed the facility Administrator who stated: “she was aware of the complaint from the Resident Council Meeting Minutes dated February 2, 2018, and reported 10-minute response times was acceptable.” The surveyors queried the Administrator if a lack of pagers “was the root cause of poor response time.” The Administrator provided no further explanation.

Need to Hold Medilodge of Howell Nursing Center Accountable for Neglect? We Can Help

Do you believe that your loved one was the victim of abuse or neglect while living at Medilodge of Howell Nursing Center? Contact the Michigan nursing home abuse lawyers at Nursing Home Law Center at (800) 926-7565 for immediate legal intervention. We represent Livingston victims of abuse and neglect in all areas including Howell.