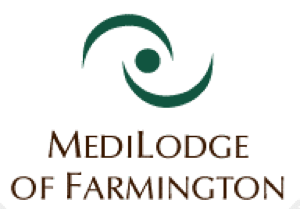 Many families are overwhelmed when it is time to place a loved one in a nursing home and transfer the provisions of care over to medical professionals. These same individuals often find comfort in knowing that their loved one will be receiving a high level of care in a compassionate, safe environment. Unfortunately, mistreatment is in all too common occurrence in many nursing facilities statewide.

The Michigan Nursing Home Law Center attorneys have represented many Oakland County nursing home residents who were victimized by caregivers, visitors, employees, and other patients. If your loved one suffered harm in a nursing facility, we encourage you to contact our law offices today. Let our team of lawyers work on your behalf to ensure you receive monetary compensation for your damages.

This long-term care facility is a 124-certified bed Medicare and Medicaid-participating center providing services to residents of Farmington and Oakland County, Michigan. The "for profit" home is located at:

Federal agencies and the State of Michigan have a legal responsibility to monitor every nursing facility. If serious violations are identified, the governments can impose monetary fines or deny payments through Medicare if the resident was harmed or could have been harmed by the deficiency.

During the last thirty-six months, the facility received seventy formally filed complaints and self-reported nineteen significant issues that all resulted in citations. Additional documentation about fines and penalties can be found on the Michigan Licensing and Regulatory Affairs Nursing Home Reporting Website.

Families can visit Medicare.gov and the Michigan Department of Public Health website to obtain a complete list of all violations, citations, and deficiencies identified by investigators and surveyors.

According to investigators, “the facility failed to ensure adequate supervision was implemented during a transfer [for a resident who fell and sustained] multiple lacerations, a subdermal hematoma and subdural hemorrhaging which requires surgical intervention (craniotomy – a surgical removing part of the bone from the skull to expose the brain).”

Surveyors from the State agency reviewed a complaint that detail that a resident was with staff when he “fell hitting his head on objects and was taken to the hospital where it was found he had bleeding on the brain, and after multiple surgeries were placed on hospice and passed away.”

The facility “failed to report a potential allegation of misappropriation of a gold wedding ring [resulting] in a delay in the investigation of a missing gold ring and the potential for further missing items.”

The nursing home “failed to ensure an oversized television placed on the bedside dresser drawer was properly secured for [one resident].”

The survey team reviewed a facility report to the State agency indicating that “a television resting on the nightstand next to [the resident’s] bed fell on the resident resulting in a hospital visit, fractured ulna and pain.”

Do you believe that your loved one was the victim of mistreatment, abuse or neglect while living at Medilodge of Farmington Nursing Center? Contact the Michigan nursing home abuse attorneys at Nursing Home Law Center at (800) 926-7565 for immediate legal intervention. We represent Oakland victims of abuse and neglect in all areas including Farmington.