Pressure sores can develop in any patient who is immobilized for a lengthy period of time, but 72% of patients who develop the sores are over 65 years of age. It is for this reason that bedsores are thought to be a medical concern for the elderly only. Anyone who is paralyzed or recovering from an injury that requires long periods of bed rest may also develop bedsores. The mortality rate is much higher in the elderly, however, making pressure ulcers a top of concern for nursing homes across the country.

An Alarming Rise in the Prevalence of Bedsores 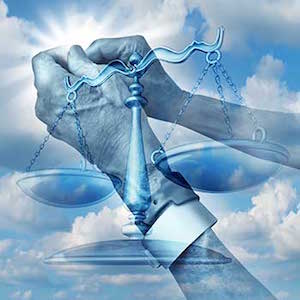 In 2006, there were over 500,000 hospitalizations that were the result of pressure ulcers and resulting complications. Compared with the same data from 1993, the rate of bedsore hospitalizations has risen by 80%. The condition is prevented by means as simple as turning a patient at risk for the sores every two hours in order to take pressure off of joints and other areas of the body that endure pressure when a person lays in the same position for a long time. As medical malpractice lawyers we see the lack of attention to the issue is the main contributing factor to the rise in pressure ulcer development, which means that the trend can be reversed by requiring nursing homes to have more diligent staff members that have received proper training.

When compared to all of the other conditions that require hospitalization, bedsores often required patients to be discharged to a long term care facility. Bedsores also presented a much greater risk of mortality due to the chance that the sores would become infected or develop gangrene. Patients with bedsores are often exposed to more powerful bacteria because of the environment they have been living in and the infections are much more difficult to treat as a result. Once they spread, sepsis can become a life threatening issue and many patients don’t make it.

Those who have been paralyzed are at risk of developing severe bedsores unless they are moved often in order to restore circulation. Some patients who are unable to feel anything beyond where the injury has occurred in their spines are unable to feel pain when the ulcers develop, making it harder to notice the sores unless caregivers check for them routinely. Paralyzed patients should be considered at the same level of risk as the elderly for getting bedsores and the same complications can occur, leading to severe infection, gangrene or death.

The Drain on Medicare Funding

Medicare was the primary payer in 73.8% of bedsore hospitalizations when the sores were the principal treatment and in over 77% of the hospitalizations where bedsores were the secondary cause for treatment. The annual cost for all hospital stays related to pressure ulcers totals over $11 billion for a condition that can be prevented.For-profit nursing homes are more concerned with cutting their costs in order to increase their margins and are inadequately staffed as a result. Requiring all nursing homes to maintain a higher number of qualified staff members can prevent the development of sores in many patients and save Medicare billions of dollars, which can be directed toward other patients.

Pressure sores are often regarded as a minor injury and many people do not realize just how serious they are and how much money they cost to treat. Preventing bedsores is much more cost effective, but privately owned nursing homes won’t implement policies to do so unless they are given a push by lawmakers or held accountable for their actions by litigation whenever their actions hurt the patients they are being paid to care for.