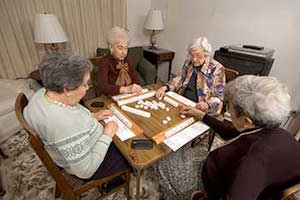 A recent study from the Ostomy Wound Management journal claims that the Braden Scale of assessment is extremely effective in diagnosing and preventing bed sores, or decubitus ulcers. The six-point Braden Scale, which was developed in 1987, assesses patients in the following areas: sensory perception, skin moisture, activity level, ability to change positions, nutrition and exposure to situations that can result in friction and shear to the skin.

“Overall the Braden Scale is user-friendly, and each {section} has a detailed explanation”, the study says. “Fewer severe ulcers were documented… during the time the Braden Scale was used”.

The study took a look at two groups of patients – those admitted to a Level I Trauma Center between March 1, 2007 and March 17, 2008, and those admitted between March 18, 2008 and March 31, 2009. Age didn’t factor into the study, though most patients admitted were around 60 years old. Along with the Braden Scale, an assessment technique called the Skin Scoring Tool was frequently used.

Of approximately 42,000 patients, about 350 developed advanced-stage pressure sores. Sores were frequently located on the sacral area, heel, hip, and buttocks. More than half of the ulcers in each population were stage II pressure ulcers. The study claims that bed sores are often best diagnosed by a team of doctors and nurses.