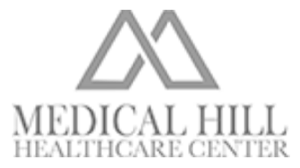 Is it your responsibility to ensure that your loved one is protected from neglect or abuse while they live in an Alameda County nursing facility? Are you concerned that their injuries from a fall or developing bedsores are the result of the negligence of the nursing staff? If so, contact the California Nursing Home Law Center Attorneys now for immediate legal help.

Let our team of abuse prevention lawyers work on your family’s behalf to ensure you receive financial compensation for your damages. We use the law to hold those responsible, legally accountable. Let’s talk about your legal options.

This nursing home is a Medicare and Medicaid-participating "for-profit" center providing care and services to residents of Oakland and Alameda County, California. The 124-certified bed nursing facility is located at:

State and federal investigators have the legal authority to penalize any nursing home cited for serious violations of regulations and rules. These penalties include levying monetary fines and denying payment of Medicare services. Typically, these violations result in penalties when investigators found severe problems that harmed or could have harmed a resident.

Our attorneys review data on every long-term and intermediate care facility on Medicare.com and the California Department of Public Health website.

The state investigators determined the nursing home "failed to protect [one resident] from physical abuse when [a Certified Nursing Assistant (CNA) used the resident’s reacher] (a metal rod with the handle at one end and prongs that open to grab objects on the other) to hit her. This deficient practice resulted in [the resident] obtaining bruises on her body and feeling scared in her living environment.”

Has your loved one been being mistreated or neglected while living at Medical Hill Healthcare Center? Contact the California nursing home abuse prevention lawyers at Nursing Home Law Center at (800) 926-7565 for immediate legal intervention. We represent Alameda County victims of abuse and neglect in all areas, including Oakland.