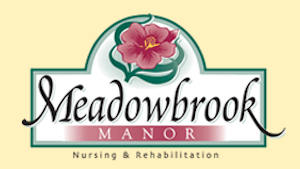 The need for more nursing home beds has risen significantly in the last few decades as many more senior citizens enter their retirement years. Unfortunately, this increasing rate is also put a significant demand on the need to hire a limited number of qualified caregivers in nursing homes nationwide. Sadly, the incident rate involving mistreatment, neglect and abuse has also risen over the last few decades.

If you suspect that your loved one has been injured while living in a Will County or DuPage County nursing facility, contact the Illinois Nursing Home Law Center attorneys for immediate legal intervention. Our team of nursing home lawyers has successfully resolved cases just like yours, and we can help your family too. Let us hold those responsible for causing the harm legally and financially accountable. We can begin working on your case today.

This facility is a 298-certified bed "for profit" long term care home providing services to residents of Bolingbrook and Will and DuPage counties, Illinois. The Medicare/Medicaid-participating long-term care (LTC) center is located at:

The state of Illinois and the federal government are legally responsible for monitoring each nursing home and impose monetary fines or deny payments through Medicare if serious violations have been identified. These penalties are typically imposed when the violation is severe and harmed or could have harmed a resident.

In a summary statement of deficiencies dated June 7, 2018, the state investigators documented that the facility had failed to “provide adequate supervision to prevent accidents by allowing one resident to self-administer medications and use the [medication] gadget in the room.” The deficient practice by the nursing staff applies to “one of two residents reviewed for accident hazards.”

The state investigator team observed a resident at 1:00 PM on June 4, 2018 “in her room sitting in her wheelchair with an overbed table in front of her. On top of the table was a paper towel with several medications.”

The resident said that “the pills were for her heart and blood pressure, vitamins and ‘I do not know what the rest are for.’ An inhaler was also on top of the table. On top of the dresser close to her bed was a bottle of vitamin D3. On another dresser close to the bathroom were [other bottles of medications]. The resident said “she takes these medications. During the conversation, [the patient] placed a vaping device to her mouth and was vaping.”

The resident said “she was allowed to vape in her room. On June 6, 2018, at 11:40 AM, a Certified Nursing Assistant (CNA) was requested to come to [the patient’s room].” The inhaler, “vitamin D 325 micrograms and [another medication] powder were still in the room.” The CNA stated that the resident “went to a doctor’s appointment.”

The RN said that when the resident “was admitted, the weather was too cold for her to go outside the building to smoke and was not advisable due to her medical condition. Therefore, the staff agreed for [the resident] to use the [vaping] device in her room.”

The RN “was unable to state where in the clinical record was the documentation regarding self-administration of medication and the use of the [vaping] gadget.” The RN said that the Resident Services Director “was involved in the discussion with [the patient’s] family regarding the resident vaping in the room.” The Resident Service Director said that “it was not his decision for [the resident] to be vaping in her room.”

The investigators interviewed the facility Administrator that afternoon who said that “he was not aware of [the patient] vaping in the room until during the survey.” The Administrator said that “he did not give permission to [the resident’s] family member for the resident to use the [vaping] device in her room.” Also, the Director of Social Services said that morning that “residents were not allowed to use a [vaping] gadget in their room.”

“Facility staff shall not leave medications or chemicals unattended. Observe the resident’s consumption of the medications.”

Also, the facility’s current smoking policy that was revised on May 2, 2018 “did not include the use of [a vaping] gadget.”

In a separate summary statement of deficiencies dated May 26, 2017, the state survey team noted that the nursing home had “failed to implement care planned interventions to promote safe resident transfer.” This deficient practice by the nursing staff applies to two residents “reviewed for transfers.”

Documentation at the facility showed that the resident “was being assisted off of the toilet by two CNAs (Certified Nursing Assistants).” The patient “was being transferred using a ‘sit to stand’ mechanical lift [and] was not able to hold his left arm up and grab onto the handlebar of the lift. The left arm dangled and at times hit the doorway frame.”

During this procedure, the resident “stood in the position holding on with one arm for approximately five minutes. The whole time [the patient’s] left arm was swinging and hitting the lift or the doorway frame.”

The investigators reviewed the Transfer Code Assessment from Physical Therapy that revealed that the resident “was to have the left arm in a sling when using the ‘sit to stand’ lift to support the left arm.” A review of the resident’s Current Care Plan “does not address the need for the sling to the left arm.”

In a summary statement of deficiencies dated June 7, 2018, a state surveyor noted the nursing home's failure to “follow standard infection control practices during provisions of incontinence care related to handwashing.” This deficient practice “applies to four residents reviewed for handwashing during the provision of patient care.”

The investigators observed two Certified Nursing Assistants (CNAs) rendering incontinence care to a resident. One CNA cleansed the resident’s “perineal area, change gloves, but did not wash or sanitize their hands and then proceeded [cleaning] the buttocks then applied a new incontinence brief while wearing the same soiled gloves.”

The same two Certified Nursing Aides provided incontinence care to another resident a few minutes later “who had a bowel movement.” One CNA cleaned the resident’s “peri-area and buttocks, applied barrier cream and a new incontinence brief.” That CNA “changed gloves between the task but did not wash or sanitize hands during the procedure.”

Two other Certified Nursing Aides were observed earlier in the morning rendering incontinence care to a resident. The Aides “changed their gloves between the tasks but did not wash hands during the procedure.”

A few minutes later, those CNAs “provided incontinence care to [another resident].” One CNA “wore double gloves. After cleaning the peri-area and buttocks, [that CNA] removed one layer of gloves and applied a new brief and barrier cream. No handwashing or sanitizing was done between the tasks or during the procedure.”

The state investigators interviewed the Director of Nursing who said: “handwashing and hygiene must be done before and after care, and between changing gloves, and between tasks (from dirty to clean tasks) to prevent infection.”

“Purpose: it is to establish a mechanism for implementation of handwashing protocol that will prevent the spread of infection.”

“Employees must wash their hands for at least fifteen seconds using antimicrobial soap and water… before and after direct contact with the resident; after removing gloves; after handling items potentially contaminated with blood, body fluids, or secretion; the use of gloves does not replace handwashing.”

In a separate summary statement of deficiencies dated May 26, 2017, the state surveyor noted that the nursing home failed to “wash hands or change gloves after providing incontinent care for one of fifteen residents reviewed for incontinent care.”

Observations were made of two Certified Nursing Aides assisting a resident “off of the toilet using a ‘sit to stand’ mechanical lift.” One CNA then wiped the patient’s “buttocks area with multiple disposable wipes.” The resident “had a large bowel movement.” During the rendering of care, one CNA “placed a clean disposable brief on [the resident] but did not change gloves or perform hand washing until [the resident] was put back into his wheelchair.”

During that time, the CNA “touched the mechanical lift, wheelchair, dresser drawers, doorknobs, her own uniform pants, and the clothing of [the resident] with soiled gloves. The soiled gloves were then thrown in the garbage can of [the resident’s] roommate and were not removed from the room.” The CNA “did not wash her hands during this observation. No care was given to [the resident’s] peri-area around the groin and testicles.”

The investigators reviewed the resident’s Care Plan that shows that the patient “is at risk for septicemia and that peri-care is to be given after each incontinent episode.”

In a summary statement of deficiencies dated May 26, 2017, the state investigative team documented that the facility failed to “complete a thorough investigation and make reports to the State Agency of any injury of unknown source.” This deficient practice “applies to one on one resident reviewed for injuries of unknown origin.”

An observation was made of a resident sitting “in her wheelchair with her head flexed forward.” The resident said that they had “been wearing a neck brace for [a medical condition] which was recently discontinued by the physician.” The patient said that they were “unsure how the fracture occurred.”

The investigative team reviewed the resident’s Progress Notes. The notes document that the resident’s power of attorney “verbalized concern about [the resident’s] posture in the wheelchair; [the resident] presented with [their] neck slightly flex forward, and bilateral shoulders elevated at risk. This note documents x-rays of the cervical and spine were ordered.”

Do you suspect that your loved one has suffered abuse, neglect or mistreatment while for living at Meadowbrook Manor Health Care Center – Bolingbrook? If so, contact the Illinois nursing home abuse and neglect attorneys at Nursing Home Law Center at (800) 926-7565 today. Our network of attorneys fights aggressively on behalf of Will and DuPage counties County victims of mistreatment living in long-term facilities including nursing homes in Bolingbrook. Contact us now to schedule a free case review to discuss how to obtain justice and resolve a financial compensation claim.

Our lawyers accept all cases involving wrongful death, nursing home neglect, or personal injury through a contingency fee agreement. This arrangement postpones the requirement to make a payment to our network of attorneys until after we have successfully resolved your claim for compensation through a negotiated out of court settlement or jury trial award.

Our network of attorneys offers every client a “No Win/No-Fee” Guarantee, meaning if we are unable to resolve your case successfully, you owe us nothing. We can provide legal representation starting today to ensure your family is adequately compensated for your damages. All information you share with our law offices will remain confidential.