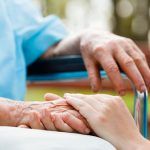 And it’s costly: medical bills; broken bones; disability; long-term pain. To counter the effects of fall accidents, facilities normally conjure up some program of policies and procedures to prevent them from occurring but as you can imagine they don’t always work.

Here are some Maryland nursing home lawsuits that focus on falls:

The events of this lawsuit developed over the course of two or three months. When he first was admitted to the nursing home where the incidents happened, he already was suffering with mental disorders including dementia.

The care facility acknowledged this and made specific treatment of this condition a part of the contract for his admittance. Plus, to aid in the supervision and service of the man, his doctors tailored instructions so that the employees of the nursing home could better care for him.

Nevertheless, he fell out of his bed and sustained significant injuries. He had to be transferred to a local hospital for diagnosis. At that medical center, physicians quickly figured out that he was badly hurt. He was showing signs of a concussion and damaged his hip.

To correct the latter problem, the man chose to have a curative procedure to relieve the pain and help him walk in the future. After the treatment, he had to spend considerable time in recovery and undergo a substantial amount of rehabilitation. Once that was completed, he was allowed to return home.

Unfortunately, his problems only persisted. He needed the assistance of a walker to move about the nursing home and still showed other side effects from the accident. In coordination with his family, he decided to sue the nursing home for negligence to recoup some of the expenses and losses.

The defendant offered a reply but was hasty in ending the matter most likely because of the following points:

This incident began where many days in nursing homes begin: the dining room. A resident was enjoying her meal and was about to finish so she called over a facility staff member for assistance transporting her back to her room. The man helped her up onto the wheelchair and then proceeded to move her back to the living quarters.

However, at some point in the transfer back to the room she fell off the chair and injured herself. Staff at the nursing home initially attempted to rectify the problem themselves but soon realized that she needed to be seen by medical professionals.

Once she arrived at the emergency room, she immediately was screened, given x-ray examinations, and taken to see the doctors. They discovered that she had several broken bones as well as general disorientation from a blow that she suffered to the head.

Her personal doctor then came in and took over the process. He recommended a course of treatment and care which the lady followed correctly. However, once she finally was discharged and allowed to return home (to a different nursing home this time), she was out a lot of money and still experiencing pain and discomfort on a day-to-day basis.

She sued the nursing home for negligence and both sides settled out of court for $300,000. Of special note, this amount was the exact compromise number between what the plaintiffs were demanding and what the defendants were offering prior to the start of trial.

The facts and circumstances of this lawsuit resemble many other accidents all across the country. The affected resident was in his early seventies and had been living at the facility in question for years before the event took place.

What happened was that he rolled out of bed and fell to the ground as he attempted to get up one morning and dress himself. Where exactly were the nursing home employees that were supposed to be watching him was unknown. However, at the very least, they were quick to respond and alleviate the situation once it arose.

He was treated right away for his injuries. Doctors set one of his broken bones with a cast and prescribed a course of medications before sending him on his way home. He brought an action against the nursing home for the pain and expense that the fall caused.

He alleged that the home should have 1) installed bed rails 2) trained its staff better and 3) protected his health and wellbeing among other things. The defendant nursing home disagreed but did not want to hash the matter out in court.

The man ended up getting $150,000 in settlement which was considerable considering the following:

This cause of action demonstrates how ordinary and everyday things can turn into serious accidents and even more serious injuries in the context of nursing homes. The victim (turned plaintiff) was a seventy-four-year-old female resident of the institution.

She had been living there and in other nursing homes for many years before this accident but was not experiencing any mental or physical limitations. However, despite her general good health and spirits, she still needed some assistance with daily routines like bathing.

On one particular occasion, she rang for help and an employee came to help her shower and bathe. During this time, the worker left the resident unattended for a brief moment and in that time the elderly woman slipped and fell in the bath.

Though quick in birth, the accident had long-lasting effects. Doctors diagnosed her with a subdural hematoma and put her into a stringent serious of care and medication. Not able to front many of the medical and related expenses, and thinking the incident was not of her making, the woman decided to pursue a case against the nursing home for negligence to seek reimbursement.

The principal contentions were that the facility did not adequately train and supervise its staff and that she sustained damages as a result. The defendant offered that it did all that was required but the woman herself acted improperly in the situation.

Yet, once the two parties reviewed similar actions in which the defendant nursing homes were found at fault, the settlement was not long in the making.

The woman received $250,000 which was roughly assigned for the following damages:

This origin of this case lay in the mind of the person affected. The man was in his late seventies and suffered from a couple of mental disorders. They disrupted his senses and made it impossible at times for him to accurately perceive situations.

On one such occasion, he wandered off the premises. He was gone for several hours before anyone noticed his absence and by that point it was way too late to do anything. They contacted the local authorities and send out various staff members to conduct a thorough search of the neighboring community.

Not long after this got under way, they found the man. He was lying prone on the ground. He had fallen down and he could not get up. The police arranged for the man to be taken to the hospital and it was there that he and his family learned of the true nature of his injuries.

He fractured several bones, lacerated several parts of his body, and experienced a mild concussion. The total on his medical bills (including emergency transport services) ended up being in the tens of thousands of dollars. However, this was the least of his worries.

The wounds he sustained in the fall were having a serious impact on his day-to-day life. To account for this imbalance, he sued the nursing home for negligence and alleged that its deficient monitoring was the reason for his damages.

In response to the defendant’s claim of contributory negligence, the plaintiff replied that his mental condition precluded that and the home assumed the risk of care upon his admittance.

Read the case summaries above that highlight Maryland nursing home lawsuits with falls. Then, review the following takeaways so that you have a solid mastery of the subject.

Did Your Family Member Fall in a Maryland Nursing Home?

If your family member fell down and sustained an injury while living in a Maryland nursing home, then we can help you. Attorneys at Nursing Home Law News begin every case by becoming intimately familiar with the exact circumstances of your injury and incident.

After that process, we build a case for recovery that leaves out no part or process. We represent clients on contingency so that your focus can be recovered. Our focus is your success. Call us today and we will begin working immediately!