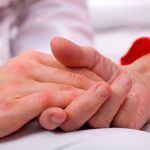 They might seem common and a mere trifle but if they take hold bed sores can become a serious and even deadly problem. Maryland nursing home residents contract bed sores at an alarming rate (they are also referred to as decubitus ulcers or pressure sores).

Generally, residents develop them through sustained periods of sitting or laying down because the pressure impacts and breaks the skin. Then, if left untreated, they can affect muscles, bones as well as other body parts close by and even your entire life if the area becomes infected.

To help you understand the topic of bed sores in greater detail, we have assembled some Maryland nursing home lawsuit summaries below.

This particular legal matter involved a number of issues and lasted over a couple of years. The resident was a woman in her middle to late seventies. She was ill with a number of conditions that critically reduced her mobility and required a full schedule of medications and care.

However, what apparently happened was that the prevention and treatment of bed sores fell by the wayside. As a result, pressure sores developed around her body including along her back and legs. Things would not have been that bad had the staff at the nursing home done a better job supervising her.

Consequently, they were able to progress to a severe state. When she finally was in front of a doctor that specialized on the subject, he determined that they were stage three or four and were spreading to the neighboring area including tissues and bones. He recommended and she consented to a rigorous course of treatment that included debridement. Once that was concluded, she needed significant follow up treatments and consultations.

The lawsuit she subsequently filed sought to recover damages for the pain and expenses that these events created. Her complaint contended that the nursing home was responsible because it did not create or follow through on a plan of care and supervision for the prevention of bed sores.

The eventual settlement was for $500,000 which was explained by the following points:

Maybe more than any other cause of action, this lawsuit exhibits the perils of bed sores because the victim-a relatively healthy nursing home resident was in a good condition prior to these events. However, bed sores can pop up and spread quickly, leaving a track of damage as proof of their presence.

Here, the woman was in her late sixties. The only pre-existing issue of concern was a handicap in her left leg that prevented her from moving freely about the facility. As a result, she spent most of her day in her bed or a wheelchair reading, watching tv, and playing games.

Over the course of several months, bed sores (also referred to as pressure sores or decubitus ulcers) began to emerge on her back, upper thigh. Nursing home staff only discovered the sores after she complained about soreness in that region of her body. Importantly, they were not regularly monitoring that part of her leg.

Whatever the case, once they did identify the solution, they coordinate a plan of care with her doctor so that they could not advance to a critical state or threaten the surrounding muscles, tissues, or bones. Also, they were very concerned that the sores would become infected and lead to a general threat on her life.

Thankfully, that did not happen but she still did suffer a great deal of pain, expense, and scarring all of which she sought to recover for in a court of law.

After a fair amount of legal wrangling, both sides settled on the amount referenced above which makes sense in the following context:

In this case, the egregiousness of the injuries was only matched by the egregiousness of the misconduct on behalf of the nursing home defendant. Some information on the victim and eventual plaintiff: she was relatively young for nursing home standards (sixty-seven) and did not evidence any material or significant signs of ill health prior to the events that gave rise to this lawsuit.

Yet, through no fault of her own, that changed and rapidly so over about a six-month period while living at the facility in question. Her sedentary lifestyle should have raised the suspicions of nursing home staff that she was vulnerable to bed sores but it did not.

The complaints that the woman herself made to various employees at the institution should have warned them that she might have bed sores but they did not. As it turned out, she did and once her providers finally took action there was little they could do because an infection had taken hold and was strangling her entire immune system and overall health.

When she actually did pass away, her estate contended that the death was wrongful and that the nursing home was the culprit. The largest objection that the defendant care facility made was that the decedent’s obesity was the pre-existing condition responsible for her rapid decline but it could not maintain this defense in the face of its excessive and extraordinary errors.

The estate received the amount listed above which was to be used for the following items:

The interesting thing about this case was that it was so predictable. The man who ended up getting them had been in and out of various nursing homes across the state over the years and had a case of bed sores in the past.

Therefore, his doctors and medical care providers were very careful to lay out a detailed and extensive plan to make sure that he would not have this problem again. However, things did not go according to plan. In the last few months at the nursing home in questions, some of his old sore sites started to show signs of regrowth.

The sores got so bad that he had to be taken to a hospital for advanced care. His physicians needed to perform surgical maneuvers in order to ensure that the problem was stabilized and didn’t spread to other parts of his body.

In the end, they were successful but that didn’t mean the resident was spared the pain and suffering that normally comes with bed sores. To recover for these injustices, he sued the nursing home for negligence in court.

The nursing home thought it was in a good position to defend itself until the plaintiff identified in discovery that the defendant did not have a good record of compliance with bed sore prevention. At that point, settlement was unavoidable.

The plaintiff received $150,000 which was used for the following purposes: repay his medical bills; cover the costs of court, attorneys’, and other expenses; and help him in his day-to-day life going forward from the incident.

This incident got drastically out of hand especially considering where it started. The resident had a few pressure sores but they didn’t seem that extraordinary. Then, a few weeks later an infection set in and her life was in grave peril.

How did it get this bad this fast? Well, it appears that she had an immune system deficiency prior to the development of bed sores. This complicated the issue and made containing either problem nearly impossible.

In fact, it was because she died not long after her admittance to the medical facility. The estate for the woman sued for wrongful death and negligence. It complained that the nursing home did not take proper precautions to ensure her health and prevent the bed sores or subsequent death.

From the get-go, the defendant facility wanted to avoid trial and eventually both sides found a number that worked for them: $400,000.

Despite their technical medical and factual nature, bed sore cases do have a lot of common themes throughout the wide range of nursing home lawsuits. Take a look at some of these takeaways to make sure you identify what’s going on within them:

Did Your Loved get a Bed Sore in a Maryland Nursing Home?

Every member at Nursing Home Law News is committed to and experienced in the field of nursing home litigation. We have the resources and focus to ensure that your recovery does not slip away.

To the contrary, we will organize all our powers to ensure that you receive everything you deserve under the laws of Maryland. If you or someone you love has developed bed sores in a Maryland nursing home, give us a call today and learn about how we can help and how you can recover!