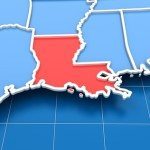 In a released June 2014 state legislature report, nursing homes in Louisiana continue to offer some of the worst medical care facilities in the United States. Today, Louisiana’s nursing facilities have the highest rates of physical restraint use, bedsores and minimal standards of care provided by nursing staff.

Even though the numbers of Louisiana nursing home residents continue to drop, many facilities in the state still provide more long-term medical and hygiene care to the elderly than other states. This eye-opening report was released by the office of Daryl Purpera, a state legislative auditor. The report claims that Louisiana “ranks at or near the bottom when comparing quality indicators among states.”

Nursing facilities receive a significant amount of funding from the Louisiana Medicaid program. In fact, in a recently released budget analysis by the State House, private nursing facilities receive nearly $900 million in 2011, according to federal data analyzed by the auditor’s office. The report indicates that residence in Louisiana nursing homes suffer high levels of certain conditions compared to others receiving health care. This includes a high level of physical restraint use, time spent in wheelchairs, chairs and beds, an increased level of urinary tract infections and high rates of anxiety and depression.

In addition, nursing home residents in Louisiana suffer a disproportionately high level of pressure sores (bedsores; decubitus ulcers; pressure ulcers) that occur by remaining immobile for too long a time. While approximately 14 percent of the state’s 259 nursing facilities have received five-star ratings through the federal Medicaid agency, 21 percent of Louisiana’s nursing homes have attained the lowest one star rating.

Secretary Kathy Kleibert of Louisiana Health and Hospitals Department works with individuals to provide additional options of receiving care in-home or from community-based programs as an alternative to a nursing home institution. She believes that the fines imposed on nursing facilities for any safety or health violation is steered by various programs developed to improve the level of care provided to residents in nursing home institutions.

In fact, on average, Louisiana’s approximate 75 percent nursing home occupancy rate is substantially lower when compared to the national average of 83 percent. The number of Medicaid patients in Louisiana provided nursing home care fell from over 26,500 to just over 25,000 between July 2011 and November 2013.

The First Signs of Abuse

Typically, the first signs of abuse occurring in a nursing home are subtle and not always easy to detect. Elderly individuals residing at the facility can be abused verbally, sexually, physically or emotionally. In addition, they can also suffer from neglect, financial exploitation or false imprisonment. In detail, these include:

Neglect – Typical signs of neglect include malnutrition, dehydration, the appearance of bedsores or lack of hygiene. Any type of neglect can in time rise to the level of serious physical and emotional abuse. In many incidences, the elderly individual is fearful to say anything against the administration, management, medical staff or even family and friends.

Financial Exploitation – The facility’s staff members, family members, friends and other residents can financially exploit an elderly resident by stealing information or personal property that can be used to withdraw funds from the victim’s bank accounts, credit cards, wallet or purse. In addition, the perpetrator might pressure or coerce the resident to change or modify a deed, trust or will. In many situations, this form of abuse goes unnoticed.

False Imprisonment – The medical staff can falsely imprison the resident by preventing them from leaving a specific area such as a facility wing, dining room, or their bedroom. This type of imprisonment is especially harmful when the resident is:

In many situations, family members and friends are forced to file a lawsuit or claim against the facility and medical staff to stop the neglect.