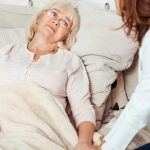 Lots of people in Louisiana and elsewhere get blisters. That doesn’t mean they make a federal case over it. However, there is a distinct difference between a blister and a bed sore. The latter can imply a certain amount of misconduct while the former generally does not.

Bed sores normally arise from long periods of immobility. Pressures builds on and tears away the skin to affect the local body parts like bones, muscles, or tissues. Also, they can come about from friction as fabrics or other materials rip away the outer surface of your body.

Typically, they won’t happen though if you are cautious and regularly rotate a person, change his or her clothes, and consistently clean him or her.

In the pages below, we summarized some Louisiana nursing home lawsuits so that you can see how important bed sores are in the context of these facilities.

This case presented the issue of risk management as much as it did in particular regards to bed sore prevention. The resident who developed the problem and eventually filed the lawsuit was chronically obese, diabetic, and with heart issues among other serious health concerns.

All of these signs pointed to an exaggerated risk of bed sores including the fact that he was mostly bedridden or reliant upon a wheelchair when he moved around the nursing home premises. From the get go, the nursing home erected a stringent set of policies in order to combat many problems he would face due to his condition.

These included falls, bed sores, and other issues. However, there was a large gap between what it said it would do and what it actually did. As a result, he developed sores along his legs and thighs. Fortunately, nursing home staff spotted them not long after their initial emergence.

Unfortunately, they were unable to stop the sores’ spread, infection, and subsequent complications. Eventually, doctors needed to remove the affected leg in order to prevent the problem from spreading to the rest of his body and endangering his overall health.

When he was out of recovery and admitted to a different nursing home, he consulted his counsel to determine his legal options for compensation. He decided on a lawsuit against the original nursing home for negligence.

The main thrust of his suit centered on a lack of implementation. In other words, the defendant did not regularly monitor and treat his sites to decrease the spread of the sores or probably of infection. The defendant cried foul and argued there was nothing it could do given his preconditions.

That being said, there was really no other party more responsible for his amputation that the home and it realized that a jury would naturally blame it instead of the innocent-seeming plaintiff. This realization prompted settlement.

The victim recovered a healthy amount largely because of his young age, disfigurement, pain, suffering, and past and future expenses including medical bills.

This resident brought a cause of action in court after she developed bed sores that got to various stages (two and three). The sores were located along the sacral region of her spine as well as on the backside of her hip.

She never had any past history of pressure sores and the only obvious contributing factor to their growth was her confined status. Once nursing home employees found out that she was suffering from this problem, they brought in medical professionals to aide them in the treatment and prevention of further complications.

Fortunately, they were able to control the issue and stop the bed sores from spreading before things got out of hand. However, she was still persuaded to bring an action against the nursing home for the pain and expense of the events.

The nursing home’s eventual settlement was an acknowledgement of a few realities including the following:

Many residents in nursing homes enter the facility following a specific injury or incident. This case was representative of that fact. The man who brought and pursued the action was a resident of the targeted nursing home for less than a year, approximately ten or eleven months.

He was elderly, in his seventies, and sought admittance to the facility following a nasty fall he suffered while living in his home. The incident left him immobile for the indefinite future and his doctors instructed the nursing facility that he was consequently vulnerable to the development and complication of bed sores (also referred to at various times as pressure sores or decubitus ulcers).

However, either through failure or neglect, these cautions were not translated into diligent and thorough service because bed sores arose on his hip and on the bottom of his legs. He sued the nursing home. His lawsuit complained that this series of developments were the result of the nursing home’s neglect and negligence.

It sought damages for the harm and loss that followed. The nursing home denied all fault and argued that some outside source was responsible for his injuries. Their subsequent settlement represented a compromise between the average award and his economic, out-of-pocket damages.

A plaintiff filed a complaint in Louisiana court that he contracted bed sores while in a Louisiana nursing home and that they required surgery to correct. As proof of his damages, he offered medical bills for various procedures as well as transportation costs and other expenses.

The defendant nursing home filed a reply stating it had no knowledge of any misconduct on its behalf or that it did not commit any misconduct with regard to the plaintiff. Both sides exchanged information and materials in discovery after the onset of trial.

However, roughly several months into this process, an agreement was made to settle for the amount referenced above and that represented nearly three times the man’s economic losses. LOUISIANA NURSING HOME BED SORE CASE TAKEAWAYS

It is critical that you understand how these Louisiana nursing home lawsuits turn and not just how they got in award or settlement. Bed sore lawsuits are complicated and can require a certain amount of experience but here are some takeaways to help you focus in on the heart of these matters:

Did Your Family Member get Bed Sores in a Louisiana Nursing Home?

If you or a loved one contracted bed sores at a Louisiana nursing home, or had your bed sores worsen, then contact our offices. Attorneys at Nursing Home Law News have significant experience working on cases with this kind of injury.

We can make sure you get the relief you need and recovery you deserve under Louisiana law. Give us a call and hear how we can help. Recovery is just a phone call away!