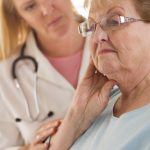 Abuse of any kind to anyone should be intolerable. However, we deal with it in Louisiana nursing homes all the time. Nursing home residents are neglected, hit, assaulted, and forced to endure many other forms of misconduct. It can come from the hands of another resident, employee, or trespasser.

When it does, you should be aware of your right to justice and recovery. The next few pages highlight that fact.

We have summarized some Louisiana nursing home abuse lawsuits to give you just a glimpse of what is possible from a case settlement perspective. To find out more, call our offices today!

This controversy involved a series of errors that when combined together equaled abuse in the eyes of the plaintiff and her counsel. She had been a resident of the Louisiana nursing home for several years before the events occurred and she was in her late seventies, seventy-eight to be precise.

Counting up all of the facility’s mistakes seemed hard to do but her lawyers were up to the task in the subsequent lawsuit: missed medications, poor repositionings, wrong medications, faulty treatments, and so on.

Things got so bad that she needed to be transferred to emergency and immediate medical care in order to stabilize her condition. She was experiencing chest and heart pain and other effects related to dehydration and lack of nutrition.

The traumatic nature of these developments and the sticker-shock price of the entire ordeal finally convinced her to sue the nursing home that was in charge of her. The lawsuit was based on negligence which meant that she alleged the nursing home’s deficient service was the cause of her injuries and damages.

She sought compensation for her overall decline in health, pain and suffering, medical bills, and related losses. The nursing home tried to make the argument that these events were the consequence of some prior condition that it was not responsible for or some other force beyond its control.

However, there were several things it could not explain including the following:

This cause of action was filed in Louisiana court after a resident and a facility employee got into a scuffle. The nursing home patient claimed that the man pushed her to the floor but the man said that he was merely attempting to help her onto a wheelchair.

The woman replied that this was unnecessary and uncontested. Through the course of motions and early-trial developments, this case shifted from one for intentional tort and battery against the staffer to negligent care and supervision against the institution itself.

Once brought into the limelight, the nursing home sought to exist as quickly as possible. It offered and the plaintiff agreed to settle for the amount listed. This figure represented nearly twice as much as the plaintiff’s economic damages including future medical bills.

This matter became so severe so quickly that emergency medical services needed to visit the resident, and not the other way around. What happened was that the resident had a heart stroke while he was in his bed sleeping. The medical professionals were able to stabilize his condition but they advised that he be transferred to a different facility so that he could enjoy more constant and advanced attention.

The man and his family agreed to the switch. Yet, it was all for naught because he passed away not long after that transfer. He died nearly one month later.

His family believed that the entire course of events that transpired arose because of the substandard service of the nursing home. They felt that he would not have died so quickly, endured so much pain, and left such a gap in their lives had the nursing home acted more effectively.

The defendant believed that it should not be on the hook for either one of them and put that in its reply. This obstinacy rolled into court and could help explain why the plaintiffs received such a low settlement relative to other nursing home lawsuits for wrongful death but here are some other points of interest that are helpful in explaining this number:

In this incident, a male nursing home employee assaulted and abused a woman as she lay in her bed. It was in the early morning and she was waiting for assistance to get ready and begin her day.

Clearly, this was not what she was waiting for when he entered her room. When he jumped upon her, the force sent her onto the floor and she hit her head on the ground in addition to suffering other personal injuries. Thankfully, the commotion alerted other people to the event and he was wrestled away from her but this was just the beginning of the controversy.

She sued him and the nursing home in court for damages. She claimed she concussed her head, broke two bones, and suffered extraordinary pain and suffering. As against the nursing home, she alleged it failed to conduct a proper screening, training, or monitoring of its workers.

In fact, the man had a prior record of assault in a different context so there was really no reason why he was put in the employ and care of elderly and infirm nursing home residents. As this fact emerged to the surface, the nursing home was left with defending a position it could not defend in court or settling.

Take a look at these pointers so that you understand the important themes in these Louisiana nursing home lawsuits that focus on abuse:

Was Your Loved One Abused in a Louisiana Nursing Home?

Attorneys at Nursing Home Law News represent victims of nursing home abuse across Louisiana. This can take many forms and we constantly see different ways in which residents are mistreated.

However, whatever way it happens, the residents’ rights must be enforced and we are here to make sure that that happens.

If your family member were abused during an admission to a Louisiana Nursing Home, then call our offices to hear how we can help you for no upfront cost. We look forward to speaking with you!