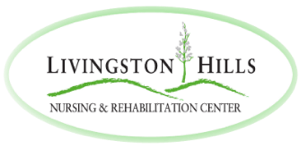 Are you concerned that the medical staff is neglecting your loved one in a Columbia County nursing home? Do you suspect that they are being mistreated or abused by caregivers, employees, or other patients?

Contact the New York Nursing Home Law Center attorneys now for immediate legal intervention. Let our team of dedicated abuse prevention lawyers work on your behalf to stop the mistreatment, now. We will use the law to ensure you receive financial compensation to recover your damages.

All nursing homes are required to have insurance to protect their interests when something goes wrong. You can rely on us to ensure you or your loved one is protected, too!

This nursing center is a "for profit" Medicare and Medicaid-participating facility providing services and cares to residents of Livingston and Columbia County, New York. The 120-certified bed long-term care nursing home is located at:

The nursing home also received nine complaints over the last three years that resulted in a violation citation. Additional documentation about fines and penalties can be found on the New York State Nursing Home Report Website.

Our attorneys obtain and review data on every New York long-term care home from various online publically available sources, including the Department of Public Health website and Medicare.gov.

The incident involved a cognitively intact resident who “was usually able to understand others and was able to make herself understood.” The Nursing Progress Note indicated that the resident “called the rehab department this morning [stating] ‘I am on the floor.’ The therapist went to the unit, notified the nursing staff, who stated that the resident did not yell out to let them know she was on the floor.”

The state investigator reviewed the Nursing Progress Note documented the following day that indicated that the Certified Nursing Assistant (CNA) “lowered the resident to the floor on her legs.” However, “there was no documented evidence in the Incident or Accident Reports for the above falls and no evidence the above falls were investigated.”

The Administrator stated that the report “should be forward to the Assistant Director of Nursing and the Director of Nursing, and they follow up on the investigation.” The nursing home failed to follow established regulations and protocols.

Abused at Livingston Hills Nursing and Rehabilitation Center? Our Attorneys Can Help

Do you suspect that your loved one is the victim of mistreatment while residing at Livingston Hills Nursing and Rehabilitation Center? Contact the New York nursing home abuse lawyers at Nursing Home Law Center at (800) 926-7565 for immediate legal intervention. We represent Columbia County victims of abuse and neglect in all areas, including Livingston.