Linville Court at the Cascades Verdae 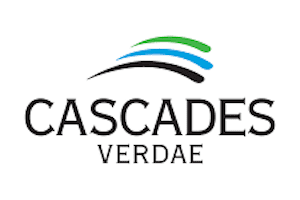 Families are often aware that nursing facilities do not always provide our loved ones the highest level of compassionate care in nursing facilities, assisted-living homes, and rehabilitation centers. Many nursing home residents become the victims of deliberate or negligent or abusive behavior that caused the injury or claims their life prematurely. If your loved one is residing in a nursing facility in Greenville County, and believe they are the victim of abuse or neglect, our network of attorneys in South Carolina can help you find justice and hold those legally responsible for your loved one's harm financially accountable. Our affiliated lawyers have handled cases just like yours.

Linville Court at the Cascades Verdae

This Nursing Home is a corporate 'for profit' 44-certified bed Center providing cares and services to residents of Greenville and Greenville County, South Carolina. The Medicare/Medicaid-participating Facility is located at:

South Carolina and federal agencies are duty-bound to monitor every nursing home and levy monetary fines or deny payments through Medicare when investigators identify serious violations of nursing home regulations and rules. In some cases, the nursing home receives multiple penalties if surveyors find severe violations that harmed or could have harmed a resident. Over the last three years, this facility has not received any penalties or fines or denied reimbursement through Medicare. Additional information about penalties and fines can be found on the South Carolina Department of Health and Environmental Control website concerning Linville Court at the Cascades Verdae.

For many families, becoming fully informed on the level of care nursing homes provide usually requires extensive research on nursing homes in the community. Medicare.gov database system provides a comprehensive list of dangerous hazards, health violations, safety concerns, incident inquiries, opened investigations, and filed complaints. This information offers valuable content to make a well-informed decision of where to place a loved one who requires a high level of healthcare and hygiene assistance.

Currently, Linville Court at the Cascades Verdae maintains an overall one out of five available star rating in the Medicare star rating comparison analysis system compared to all other facilities nationwide. This rating includes two of five stars for health inspection problems, one of five stars for staffing issues, and four of five stars for quality measures. The Greenville County nursing home neglect attorneys at Nursing Home Law Center have found numerous safety concerns, violations and deficiencies at this nursing facility that include:

A Victim of Neglect at Linville Court at the Cascades Verdae? We Can Help

Do you suspect that your loved one was the victim of mistreatment, neglect or abuse at Linville Court at the Cascades Verdae? If so, legal action is likely required. The Greenville nursing home abuse attorneys at Nursing Home Law Center accept all wrongful death cases, medical malpractice lawsuits and nursing home abuse claims for compensation through contingency fee agreements. We invite you to call our law offices today at (800) 926-7565 to schedule a free, no obligation case evaluation to discuss the merits of your case for financial compensation.

Contact us today! Our legal team accepts all nursing home abuse cases, personal injury compensation claims, and wrongful death lawsuits through contingency fee agreements. This arrangement postpones the need to make any payments for our legal services until after we have successfully resolved your case through a negotiated settlement or at trial. Let us begin working on your case today to ensure your family receives adequate compensation for your damages. All information you share with our law office will remain confidential.