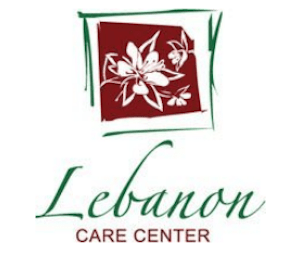 Families must often entrust the staff at a nursing facility to provide their loved one the highest level of care. Unfortunately, many patients in nursing homes are victimized through abuse, neglect, and mistreatment that results and wrongful death or severe harm.

If your loved one was mistreated while residing in a St. Clair County nursing facility, contact the Illinois Nursing Home Law Center attorneys for immediate legal intervention. Our team of Chicago nursing home neglect lawyers has successfully resolved financial compensation claims just like yours. We ensure our clients receive monetary recovery for their damages while holding those responsible for the mistreatment legally accountable. We can begin working on your case today.

This facility is a "for profit" center providing services to residents of Lebanon and St. Clair County, Illinois. The Medicare/Medicaid-participating 90-certified bed long-term care (LTC) home is located at:

Illinois and the federal government have a legal responsibility of monitoring every nursing home in the state. These agencies have the authority to impose monetary penalties or withhold payment from Medicare if the nursing facility has violated rules and regulations. Typically, the more serious the violation, the higher the monetary fines, especially if neglect or abuse caused harm or could have harmed a resident.

Within the last three years, nursing home regulatory agencies have imposed a monetary penalty for $47,885 against Lebanon Care Center on March 24, 2017, due to substandard care. Also, the facility received six formally filed complaints and self-reported three serious issues that all resulted in citations. Additional documentation about fines and penalties can be found on the Illinois Department of Public Health Nursing Home Reporting Website concerning this nursing facility.

Families can visit Medicare.gov and the Illinois Department of Public Health website to obtain a complete list of all opened investigations, safety concerns, incident inquiries, health violations, dangerous hazards, and filed complaints in nursing homes in local communities. The regularly updated information can be used to make a well-informed decision on which long-term care facilities in the community provide the highest level of care.

A review of the resident’s MDS (Minimum Data Set) Assessment and Brief Interview of Mental Status “was not done because the resident is rarely/never understood. The staff assessment for mental status documents a score of three for cognitive skills for daily decision-making (severely impaired – never/rarely made decisions).”

The surveyors say that the Minimum Data Set documents that the patient “requires extensive assistance of two staff members for transfer and is totally dependent on one staff member for ambulation with the use of a wheelchair. The MDS also documents a restraint is used daily in the chair to prevent rising.”

As a part of the investigation, the surveyors reviewed the resident’s Care Plan dated January 24, 2017, that reveals a wheelchair and laptop cushion were added: “so the resident can sit properly.” The document says that the resident “will lean over in a regular chair” and is noted, “to have difficulty walking.” The plan says to use a nonslip mat placed in the wheelchair “keep the resident from sliding in the chair. The laptop cushion is to be “released at least every two hours and as needed. Monitor for adverse effects related to the laptop cushion.”

In a summary statement of deficiencies dated January 12, 2018, the state investigator documented the facility’s failure to “notify the physician of a Stage I pressure ulcer for [one resident] reviewed for physician notification.” The survey team reviewed the resident’s MDS (Minimum Data Set) Assessment that revealed the patient “requires extensive assistance with all activities of daily living, uses oxygen and is at risk for the development of pressure ulcers.”

The surveyors observed the resident “seated in her wheelchair with a nasal cannula and tubing attached to a portable oxygen tank.” The patient “was very thin. Where the nasal cannula was resting on [the patient’s] protruding cheekbone, a quarter size non-implantable red area was under the nasal cannula.”

Later that day at 4:00 PM, the resident “still had no pressure relief for the left cheekbone, which had become darker red. When asked, [the resident] reported that her left cheek was sore.”

In a separate summary statement of deficiencies dated March 24, 2017, the survey team noted that the nursing home had “failed to notify the physician of multiple missed/un-administered medication doses and multiple failures to [perform] blood glucose monitoring for three to fifteen residents.”

In a summary statement of deficiencies dated January 12, 2018, the state investigators documented that the facility had failed to “monitor, assess and prevent the formation of a pressure ulcer.”

The investigators reviewed a resident’s MDS (Minimum Data Set) Assessment that documents the patient “required extensive assistance with all activities of daily living, used oxygen and was at risk for the development of pressure ulcers.” This deficiency involved the resident documented above with a bedsore developing on their cheekbone due to the use of a nasal cannula.

In a summary statement of deficiencies dated January 12, 2018, the state survey team documented that the facility had failed to “provide effective safety interventions, supervision to prevent falls, and safe smoking for two residents reviewed for supervision.”

In one case, the surveyors reviewed a resident’s MDS (Minimum Data Set) Assessment and Brief Interview of Mental Status. These reports revealed the patient is moderately impaired “with cognition and decision-making, has an unsteady balance, no limitation with a range of motion, non-ambulatory and requires extensive assistance with transfers.”

The resident’s Fall Assessment dated October 27, 2017, shows that the patient “is at high risk for falls, requires assistance to stand, receives [medication] and is confused.” The surveyors observed the resident on the afternoon of January 9, 2018 “in the television room in a high back wheelchair with anti-tippers on the back of the wheelchair.” At that time, the patient “was asleep and leaning forward in the wheelchair.”

The resident then “woke up and began to scratch her leg, with her head close to her lap.” The patient “was wearing non-slip socks. There was no staff in the area.”

Five minutes later the resident “was still in the wheelchair in the television area. At that time, [a Certified Nursing Assistant (CNA)] asked her if she needed to use the bathroom.” The patient declined. The CNA then left the patient “unattended in the TV room” while she was leaning forward “in the wheelchair, with her head nearly resting in her lap.”

The surveyors observed the resident alone and unsupervised on numerous occasions after that throughout the day between 9:08 AM and 12:39 PM when the patient was seen “leaning forward with her head nearly touching the brick wall.”

Though the investigators removed the Immediate Jeopardy on March 22, 2017, “the facility remains at Severity Level 2 as the facility continues to in-service staff, and updated policies and procedures as needed.”

“To reduce the risk of head entrapment, the opening in the bed system should not allow the widest part of the small head (head breadth measured across the face from ear to ear) to be trapped.”

The investigation involved a review of a resident’s Fall Care Plan dated May 18, 2016, that shows that the patient “has risk factors that require monitoring intervention to reduce the potential for self-injury. Consider medical conditions, sensory alterations, gait, balance, assisted devices, cognition, mood/behavior, safety awareness, compliance, medications restriction, restraints. Risk factors include weakness, confusion, recent falls, left ‘hemi’ behaviors (attempt to get up without assistance).” The resident “has a history of [being] non-compliant with calling for assistance to get out of bed and continues to ignore safety issues.”

During an interview with a Licensed Practical Nurse (LPN) on the afternoon of March 16, 2017, it was revealed that the resident “uses the side rails to help with activities of daily living.” The resident was observed four days later “in bed with the right half side rail in the up position.”

In a summary statement of deficiencies dated January 12, 2018, a state investigator noted the nursing home's failure to “perform hand hygiene to prevent the spread of infection and cross contamination.” The deficient practice by the nursing staff involved four residents at the facility.

The survey team observed a Certified Nursing Assistant (CNA) on the morning of January 5, 2018, providing “incontinent care for a resident.” The CNA “did not change gloves or use hand hygiene during incontinence care” before “leaving the room with a trash bag containing the soiled adult brief and did not wash hands.”

In a separate summary statement of deficiencies dated March 24, 2017, the survey team noted that the nursing facility had “failed to perform hand hygiene and prevent cross-contamination to prevent infection for four residents reviewed for infection control.”

The investigation involved the observation of a Licensed Practical Nurse (LPN) performing pressure ulcer dressing for a resident at 1:30 PM on March 16, 2017. The LPN “applied gloves with no hand hygiene before.”

Injured or Abused While Residing at Lebanon Care Center?

Was your loved one injured or harmed while a resident at Lebanon Care Center? If so, call the Illinois nursing home abuse and neglect attorneys at Nursing Home Law Center at (800) 926-7565 for legal help. Our network of attorneys fights aggressively on behalf of St. Clair County victims of mistreatment living in long-term facilities including nursing homes in Lebanon. Contact us now to schedule a free case review to discuss how to obtain justice and resolve a financial compensation claim.

Let our skilled attorneys file and handle your nursing home abuse compensation claim against all those who caused your loved one harm. Our years of experience ensure a successful resolution. Our network of attorneys accepts all nursing home abuse lawsuits, personal injury claims, medical malpractice cases, and wrongful death suits through a contingency fee agreement. This arrangement postpones the need to pay for legal services until after we have resolved your case through a negotiated out of court settlement or jury trial award.

Our network of attorneys offers every client a “No Win/No-Fee” Guarantee, meaning if we are unable to resolve your case, you owe us nothing. Let our attorneys begin working on your behalf today to ensure your family receives adequate compensation from those who caused your harm. All information you share with our law offices will remain confidential.