In Bryan, Texas, a family is suing Assisted Living Operator Rose Rodriguez for neglect, saying she ignored severe bed sores that led to a relative’s death. According to WTAW-TV, Rodriguez is being charged with three counts of aggravated perjury, as well as felony theft. The report from WTAW did not identify the family in the lawsuit by name.

Charges were filed against Rodriguez after the patient died in December 2009, allegedly as a result of complications related to late-stage bed sores, or decubitus ulcers. Relatives also say Rodriguez routinely fabricated medical records. 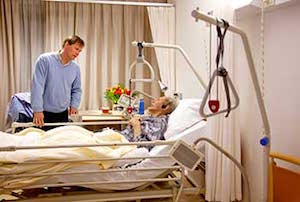 According to the Bryan-College Station Eagle, Rodriguez first made headlines last summer, when accusations surfaced that she was operating without a permit. At the time, Rodriguez was running a three-patient assisted living facility called the “Rose Home”, out of a private residence in Bryan. Texas law states that facilities with three patients or fewer don’t have to apply for a license. Even so, neighbors began to become suspicious.

“From all reports, Rose runs a lousy operation – inadequate supplies, inadequate food, improper control of medications, and too few attendants”, said Lee Roy Johnson, president of a local neighborhood association. “And the attendants she does hire, are lacking training and the ability to communicate properly with patients and families”.

Earlier, Johnson had presented the city council with a petition containing 223 signatures, hoping that it would undermine any support for Rodriguez.

The Better Business Bureau rates The Rose Home a C- on a scale from A+ to F, according to the organization’s Web site.