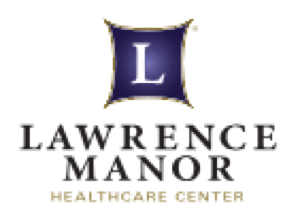 For many family members, detecting abuse and neglect in a nursing facility can be challenging at best, especially if your loved one has symptoms that mask the typical effects of mistreatment. In many cases, friends and family will mistake the natural progression of the aging process or a debilitating disease when actual abuse or neglect is occurring.

If you suspect that your loved one is the victim of mistreatment while living in a Marion County nursing facility, contact the Indiana Nursing Home Law Center attorneys now for immediate legal assistance. Our team of lawyers has handled cases just like yours, and we can help your family, too. Call us now, so we can begin working on your case today to ensure you receive financial compensation for your damages.

This long-term care center is a 55-certified bed "for profit" home providing services to residents of Indianapolis and Marion County, Indiana. The Medicare and Medicaid-participating facility is located at:

Special Focus Facility: Lawrence Manor Health Care Center is recognized as a Special Focus Facility (SSF) due to “a history of persistent poor quality of care, as indicated by the findings of state and federal inspection teams.” This designation means “that the facility is subjected to more frequent inspections, escalating penalties, and potential termination for Medicare and Medicaid.”

This nursing facility also received eighteen complaints and self-reported two serious issues over the last three years that resulted in violation citations. Additional documentation about fines and penalties can be found on the Indiana Nursing Home Report Cards Website.

The state of Indiana and Medicare.com routinely update their comprehensive list of deficiencies online to reflect all violations.

According to state investigators, “the facility failed to ensure residents were free from verbal abuse for [one of three residents] reviewed for abuse.” The surveyors reviewed the resident’s Interdisciplinary Team (IDT) Note dated March 5, 2018.

The notation revealed that “staff reported to the Administrator that a housekeeping employee was using inappropriate words toward [a resident].” The investigation involves an incident with the resident occurring on March 4, 2018. The resident stated that “he was trying to apologize for a statement he made to [the housekeeper] a few weeks ago when she became upset and told him to leave her alone.”

The surveyor spoke with the resident who said that “he told [the housekeeper] he was just trying to say he was sorry, but if she did not want to listen then forget about it. The resident stated that [the housekeeper] began cussing at him using the word M----------r multiple times.”

The LPN said that “he attempted to apologize [to the housekeeper] for what he said to her earlier, but she would not accept his apology.”

Do you suspect that your loved one is the victim of mistreatment while living at Lawrence Manor Healthcare Center (SFF)? Contact the Indiana nursing home abuse lawyers at Nursing Home Law Center at (800) 926-7565 for immediate legal intervention. We represent Marion County victims of abuse and neglect in all areas including Indianapolis.