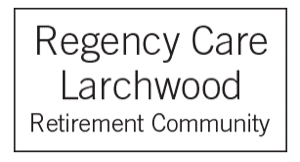 Do you suspect that your loved one has been victimized through abuse or mistreatment while residing in a Cuyahoga County nursing facility in Ohio? Are you concerned about their welfare because by caregivers or failing to meet your loved one’s needs? If so, contact the Ohio Nursing Home Law Center Attorneys now for immediate legal assistance.

Our team of lawyers fights aggressively on behalf of our clients to ensure they receive monetary compensation to recover their damages. We use the law to hold those responsible for causing the harm legally accountable. Let us begin working on your case today.

This Medicare and Medicaid-participating facility is a "for profit" center providing services to residents of Cleveland and Cuyahoga County, Ohio. The 125-certified bed long-term care home is located at:

The investigators working for the state of Ohio and the federal government have the legal authority to impose monetary fines and deny payment for Medicare services if the nursing home has been cited for serious violations of established regulations and rules.

Additional information about this nursing home can be found on the Ohio Long-Term Care Consumer Guide.

The housekeeper statement indicated that the STNA told the resident “if he touched her again, she would beat the f*** out of him and did not care how old he was not in care if she went to jail.” The STNA “indicated she was tired of these people.” The documentation indicated that the STNA’s “employment with the facility was subsequently terminated.”

The nursing home “failed to ensure the Administrator was immediately notified of a verbal abuse allegation toward [a resident].” The incident was documented on April 6, 2017, Self-Report Incident revealing that when the resident “asked for his ‘as needed’ medication and Licensed Practical Nurse (LPN) stated ‘I am tired giving this medication to you.” The LPN told the resident “she was not going to give it.”

Subsequently, the resident “came to the desk asking for the ‘as needed’ pain medication.” At that time, the Registered Nurse (RN) and LPN or finishing a report when the LPN started “shouting at [the resident] that she was tired giving you this medicine every day.” The resident then stated that “the pain medication was ordered every six hours and ‘I can have it when I need it.’”

The LPN replied that “she did not care and stated that ‘I think this is the last time I’m giving you anything.’ The observation went on for several minutes [with the LPN screaming at the resident and the resident] getting louder, more frayed and more adamant.”

Neglected or Abused at Larchwood Village Retirement Community Nursing Center? We Can Help

Were you the victim of mistreatment, neglect or abuse while living at Larchwood Village Retirement Community Nursing Center? Contact the Ohio nursing home abuse lawyers at Nursing Home Law Center at (800) 926-7565 for immediate legal intervention. We represent Cuyahoga County victims of abuse and neglect in all areas including Cleveland.

We do not charge for case evaluations and consultations. Also, we provide a 100% “No Win/No-Fee” Guarantee. This promise means we will postpone all of your payments for legal services until after we have secured financial recovery on your behalf. All information you share with our law offices will remain confidential.