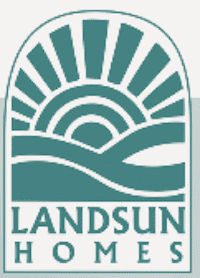 Many nursing home residents become the victim of neglect, abuse or mistreatment at the hands of their caregivers in a center that is often understaffed with sufficient employees and trained nurses. If your loved one developed a life-threatening facility-acquired pressure wound or was injured by the staff or another resident, it is important to take immediate and swift legal action to ensure their safety.

Did your loved one wander away (elope) from the nursing home because of a lack of adequate supervision? Were they assaulted by another resident or neglected by the staff? The New Mexico Nursing Home Law Center attorneys can help. Our team of legal attorneys has assisted many Eddy County nursing home victims to ensure they receive financial compensation to recover their monetary damages, and we can help your family too. Contact us today so we can discuss your legal options on how to proceed.

This nursing home is a "not for profit" center providing cares and services to residents of Carlsbad and Eddy County, New Mexico. The Medicare/Medicaid-participating 105-certified bed nursing facility is located at:

State surveyors and federal investigators can penalize nursing homes by denying payment for Medicare services or imposing monetary fines if the facility has been cited for a serious violation of a regulation or rule that harmed or could have harmed residents. Within the last three years, nursing home regulators imposed a large $40,495 fine against Landsun Homes on March 23, 2017.

During that time, Medicare denied payment for services rendered on two occasions including on March 23, 2017, and May 11, 2018. During the last thirty-six months, the Nursing Home received one formally filed complaint concerning substandard care. Additional information concerning fines and penalties can be found on the New Mexico Department of Health Nursing Home Reporting Website about this nursing facility.

Neglected or Abused at Landsun Homes? We Can Help

If your loved one is suffering from abuse, neglect or mistreatment while residing at Landsun Homes, the New Mexico nursing home abuse lawyers at Nursing Home Law Center at (800) 926-7565 can help. Our network of attorneys fights aggressively on behalf of Eddy County victims of mistreatment living in long-term facilities including nursing homes in Carlsbad. Let our skilled attorneys file and handle your nursing home abuse compensation claim against all those who caused your loved one harm. Our years of experience ensure a successful resolution.

Contact us now to schedule a free case review to discuss how to obtain justice and resolve a financial compensation claim. Let us fight aggressively on your behalf to ensure your rights are protected.

We accept every case involving nursing home abuse, wrongful death or personal injury through a contingency fee agreement. This arrangement postpones making upfront payments for our legal services until after we have successfully resolved your compensation claim through a negotiated settlement or jury trial award. We provide all clients a "No Win/No-Fee" Guarantee, meaning you owe us nothing if we are unable to obtain compensation on your behalf. Let our network of attorneys start working on your case today to ensure your family receives the financial compensation they deserve for your harm. All information you share with our law offices will remain confidential.