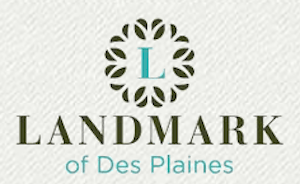 Many families have no other option than to place a loved one in a nursing facility to ensure they receive the best care. Unfortunately, many nursing home patients become the victims of abuse, mistreatment or neglect at the hands of caregivers, visitors, employees, and other residents. Some victims develop life-threatening bedsores, others are sexually assaulted, and many are injured with broken bones from falling.

If your loved one was mistreated while residing in a Cook County nursing facility, contact the Illinois Nursing Home Law Center attorneys for immediate legal intervention. Our team of lawyers has successfully handled and resolved cases just like yours. Let us begin working on your behalf today to ensure your family receives adequate financial compensation to recover your damages. We use the law to hold those responsible for your harm legally accountable.

This long-term care (LTC) facility is a 231-certified bed center providing services to residents of Des Plaines and Cook County, Illinois. The "for profit" Medicare/Medicaid-participating home is located at:

Illinois and Federal investigators have the legal authority to penalize any nursing home with a denied payment for Medicare services or a monetary fine when the facility is cited for serious violations of established regulations and rules that guarantee resident safety.

Within the last three years, nursing facility regulatory agencies have levied a monetary fine once for $95,953 against Landmark of Des Plaines Rehabilitation Center on August 11, 2017. Also, the facility received fifty-nine formally filed complaints due to substandard care. Additional inform about fines and penalties can be found on the Illinois Department of Public Health Nursing Home Reporting Website concerning this nursing facility.

Information on every intermediate and long-term care home in the state can be reviewed on government-owned and operated database sites including the Illinois Department of Public Health and Medicare.gov. These regulatory agencies routinely update the comprehensive list of health violations, safety concerns, incident inquiries, opened investigations, filed complaints, and dangerous hazards on facilities statewide.

In a summary statement of deficiencies dated July 5, 2018, the state investigators noted that the facility had failed to “assess a resident’s restricted device or initiate a Care Plan for the use of a restricted device. This [failure] applies to one resident reviewed for restraints.”

The investigative team interviewed the facility Director of Nursing who verified by looking in the computer that “there was no assessment for [the resident’s] seat belt.” The Director said, “the assessment would be under ‘device observation,’ and then we should have assessed to see if the resident could release the seat belt by [themselves] and not being used as a restraint.”

The investigators observed the resident “lying in bed” in the presence of the Wound Care Coordinator and the Wound Nurse. The Coordinator said that the resident “is immobile, and has Moisture Associated Skin Damage (MASD) to the bilateral buttocks and upper thigh.” A review of the resident’s MDS (Minimum Data Set) Assessment dated April 11, 2018, indicates that the patient “requires the total assistance of at least two staff members for bed mobility.”

During observation, the resident “was lying on an air mattress. The mattress was covered with a bottom sheet, followed by a thick, washable bed pad.” The patient “had an indwelling urinary catheter and was wearing an incontinent brief.” The Coordinator said, “if a resident does not have diarrhea, the resident should only have a thin, disposable bed pad and a bottom sheet, not an incontinent brief and a thick bed pad.” The Wound Nurse said, “this is because washable bed pads cause of skin wrinkles and impede the airflow of the mattress.”

The surveyors observed a second resident a few minutes later “lying in bed.” The Wound Care Coordinator and Wound Nurse observed the resident “lying on an air mattress, which was covered with a bottom sheet, draw sheet, and the disposable bed pad on top of the drug sheet.” The Coordinator said that the patient “has very limited mobility and is incontinent of bowel and bladder.”

The Wound Nurse said, “this was too many bed layers, which does not allow the benefits of the circulating air mattress to reach the resident’s body.” The nurse said that the resident “should have only an incontinent brief and a thin disposable bed pad. Since [the resident] wears an incontinent brief, any extra layers could also cause excessive body heat and moisture, potentially causing skin tears when a resident is pulled up in bed.”

In a summary statement of deficiencies dated July 5, 2018, the state investigators documented that the facility had failed to “follow their protocol for supervising a resident who was assessed as a high risk for falls.” This failure “has the potential to affect [one resident] reviewed for safety and supervision.”

The investigative team reviewed the resident’s Care Plan dated May 2, 2018, that shows that the patient “is at risk for falls due to deconditioning related to [their medical condition].” A surveyor observed the patient just before noon on July 2, 2018 “outside of the facility’s building (outside the facility premises at the local strip mall) unsupervised.”

A surveyor interviewed the facility Receptionist a few hours later who said “I am not sure if [the resident] was outside today. We only sign out the resident if they go out for an appointment.”

The following day on July 3, 2018, at 1:39 PM, the “resident was observed in an electric wheelchair outside of the building, and the staff was not observed in the visual range of the resident.” At that time, the resident was with another patient who said, “I go out with [the first resident] sometimes to make sure she is okay because her wheelchair acts up sometimes.”

The facility Scheduler stated on the afternoon of July 2, 2018, that “I covered the front desk for breaks. The resident’s that go outside the smoke, like [the first resident], usually smoke under the tree where we can see them. If they are across the lot at the strip mall, we cannot see them.”

In a summary statement of deficiencies dated July 5, 2018, a state investigator noted the nursing home's failure to “ensure staff and visitors observed proper hand washing and glove use for residents under contact isolation precautions. The facility also failed to use clean gloves to applying medicated creams.”

The investigators say that this failure “has the potential to affect two residents reviewed for infection control procedures.” A surveyor reviewed the facility’s policy titled: Contact Precautions dated May 1, 2017, that reads in part:

“Gloves should be worn when entering the room and while providing care for the resident. Gloves should be changed after having contact with … material (e.g., fecal material and wound drainage) with hand hygiene performed.”

“Gloves should be removed before leaving the resident’s room, and hand hygiene should be performed immediately.” Disposable gloves “must be replaced as soon as practical when contaminated, torn, punctured, the exhibit signs of deterioration, or when their ability to function as a barrier is compromised. Hand hygiene is performed after glove removal and before gloves are replaced.”

The Respiratory Therapist completed the patient’s “oral care and left the isolation room without cleaning/sanitizing the stethoscope.” The Therapist “walked out to the nursing station and failed to disinfect his personal stethoscope.” During an interview with the Therapist, it was revealed that the resident “was on contact isolation related to Carbapenem-resistant Enterobacteriaceae (CRE) [highly contagious germs that are challenging to treat because of their resistance to antibiotics], that requires PPE and a dedicated stethoscope.”

The Respiratory Therapist stated that “if staff uses their personal stethoscope, they must disinfect the stethoscope [before] leaving the isolation room.” The staff member said that the Therapist always provides that patient’s “oral care because [their] mouth always bleeds.”

Was your loved one injured or harmed while a resident at Landmark of Des Plaines Rehabilitation Center? If so, call the Illinois nursing home abuse and neglect lawyers at Nursing Home Law Center at (800) 926-7565 for legal help. Our network of attorneys fights aggressively on behalf of Cook County victims of mistreatment living in long-term facilities including nursing homes in Des Plaines. Contact us now to schedule a free case review to discuss how to obtain justice and resolve a financial compensation claim.

Our seasoned attorneys provide legal representation to long-term care home residents who have been harmed by negligence and abuse. Our legal team has years of experience in successfully resolving claims for compensation against caregivers who must be held accountable. We accept every case involving nursing home neglect, wrongful death, or personal injury through a contingency fee agreement. This arrangement postpones the need to pay for our legal services until after our legal team has resolved your claim for compensation through a jury trial award or negotiated settlement out of court.

Our network of attorneys offers every client a “No Win/No-Fee” Guarantee, meaning if we are unable to resolve your case successfully, you owe us nothing. Let our attorneys begin working on your behalf today to ensure your family receives adequate compensation from those who caused your harm. All information you share with our law offices will remain confidential.