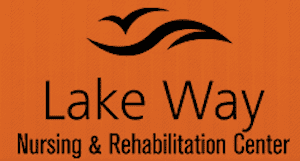 When mistreatment occurs in a nursing facility, it is often the result of poor hiring practices, lack of supervision or minimal training. In other incidents, the patient becomes the victim of physical abuse or sexual assault by caregivers, employees, visitors, or other residents.

If your loved one was neglected or abused while residing in a Marshall County nursing facility, contact the Kentucky Nursing Home Law Center attorneys now for immediate legal intervention. Our team of lawyers has experience in handling cases just like yours and can help your family too.

This facility is a "for profit" center providing services to residents of Benton and Marshall County, Kentucky. The Medicare/Medicaid-participating 96-certified bed long-term care (LTC) home is located at:

In addition to providing around-the-clock skilled nursing care, Lake Way Nursing and Rehab Center offers other services and amenities that include

State surveyors and federal investigators can penalize nursing homes by denying payment for Medicare services or imposing monetary fines if the facility has been cited for a serious violation of a regulation that harmed or could have harmed residents.

Within the last three years, nursing home regulators imposed two serious monetary penalties against Lake Way Nursing and Rehabilitation Center citing substandard care. These penalties include a $26,713 fine on October 20, 2016 and a $49,472 on April 25, 2017 for a total of $76,185. Also, Medicare denied payment for services rendered on April 25, 2017.

The nursing home received four formally filed complaints that all resulted in citations. Additional information about penalties and fines can be found on the Kentucky Department of Health Care Nursing Home Reporting Website concerning this nursing facility.

Comprehensive research results can be reviewed on the Kentucky Department of Public Health and Medicare.gov nursing home database systems. The systems detail all health violations. Many families use this information to determine the level of medical, health and hygiene care long-term care facilities in the local community provide their residents.

In a summary statement of deficiencies dated November 16, 2017, a state investigator noted the nursing home's failure to “maintain an infection prevention and control program designed to provide a safe, sanitary and comfortable environment and help to prevent the development and transmission of communicable diseases and infections.”

The survey team observed staff members failing “to maintain proper handwashing and glove changing during resident care for [a resident].” As a part of the investigation, the surveyors reviewed the facility’s policy titled: Standard Precautions from the Infection Control Manual dated 2014 that reads in part:

“Change gloves between tasks and procedures on the same resident after contact with material that may contain a high concentration of microorganisms.”

The survey team observed a Certified Nursing Assistant (CNA) “providing peri-care/incontinent care for [a resident]. At that time, the CNA “failed to remove her gloves and wash her hands after providing peri-care [and] incontinent care, then proceeded to reposition the resident, applied a clean brief, pulled up [the resident’s] pants, and placed a green wedge behind the resident’s back.” The CNA also “pulled the covers up for [the resident] without washing hands and putting on clean gloves.”

The surveyor spoke the CNA who revealed that “she should have removed the soiled gloves and washed her hands and put on a clean pair of gloves before repositioning and touching [the resident’s] personal belongings [to] prevent the spread of infection.”

In a summary statement of deficiencies dated November 16, 2017, an investigative team documented that the facility failed to “ensure the services provided or arranged by the facility met professional standards of quality for one resident.”

A part of the investigator’s findings included a review of the Kentucky Board of Nursing and Advisory Opinion Statement along with the Patient Care Orders that reads in part:

“Licensed nurses are responsible for the administration of medication and treatment as prescribed by the Physician or Advanced Practice Nurse Practitioner which includes preparing and giving medication in the prescribed dosage, route and frequency.”

During an interview with the staff member it was revealed that “she realized she had made a mistake when she left the room and asked a Registered Nurse (RN) which resident was [the correct resident, and the RN] pointed to the resident sitting at the nursing station, not in the room as she thought.”

The Aide told the RN “she administered [one resident’s] medication to [another resident and the RN obtained that resident’s] vital signs, called the Physician and completed an incident report.” The nursing note dated April 17, 2017, revealed that [the resident who received the wrong medication] blood pressure had gradually dropped to 88/46 at the time of transfer to the hospital.”

In a summary statement of deficiencies dated April 25, 2017, the state investigative team noted that the nursing home “failed to ensure one of two residents identified as having a catheter in the selected sample of six residents receive the appropriate care and services to prevent urinary tract infections.”

At 1:04 PM that day, the resident “was noted to have a hardened distended abdomen, uneven and labored respiration, and blood pressure of 80/60. The resident was sent to the hospital and admitted into the Intensive Care Unit” upon diagnoses.

The surveyors interviewed the facility Director of Nursing who revealed that “she would expect her nurses to look at ‘input and output’ and check catheter of no urinary output” is identified. The Director also stated that “the facility uses Lippincott for Standards of Practice.” A review of the manual states in part:

The surveyors also reviewed the facility’s policy titled: Intake & Output from 2013 that revealed: “contents of urinary drainage bag will be measured at the end of each tour of duty.”

A review of the Emergency Medical Services Transfer Report dated April 4, 2017 revealed that the technicians were dispatched to the facility at 1:31 PM due to the resident having a fever and other medical conditions. “Nursing home staff reported to the staff that the resident had no urinary output but was unable to tell the staff when this was discovered or when the catheter was last emptied of any urine.”

The resident “was noted to be moderately lethargic, in and out of consciousness with fever, skin hot and pale, and abdomen noted to be distended and rigid, specifically in both lower quadrants.”

The EMS report also documents that the “resident was hypotensive (low blood pressure) with the palpable systolic pressure of 60 [when normal is 120].” The report also indicated that the resident “was given a breathing treatment and IV fluids were started in route to the hospital.”

A review of the Hospital Emergency Room Physician Notes of the same day at 2:30 PM revealed that the “resident had abdominal pain (suprapubic) and cough, vital signs at this time were noted to be a temperature of 98.9 (normal: 98.6) degrees Fahrenheit. Orally, pulse 108 bpm with the blood pressure of 81/44 were normal is 120/80.”

The report indicates that “the resident was in mild respiratory distress, with abdominal distention (swollen) and when the bladder was pushed on, purlins (pus) comes out the urethra (opening at the end of the penis). Further review of the emergency room nursing notes revealed the urinary catheter was removed, bloody/purulent drainage came out of the penis and once the new catheter was inserted, a large amount of blood or urine with clots was returned through the new catheter.”

The hospital records indicate that “the resident was admitted to Intensive Care on April 4, 2017, through April 6, 2017, was discharged back to the nursing home on April 9, 2017.”

The surveyors interviewed the Medical Director who revealed “he was not aware of [the resident] having no urinary output for thirty-one hours. He stated he would be investigating this, and he would expect nursing staff to notify the attending Physician if there was no urinary output.” The Medical Director stated that “he would expect the facility has a protocol to check catheters on each shift, and if no urine from one shift, call the attending Physician.”

During an interview with the Director of Nursing, it was revealed that “nurses did not know until the date of the transfer that [the resident] had no urinary output. She stated the facility did an investigation and determined it was a miscommunication problem between the State Registered Nurse Aides (SRNAs) and nurses.”

Ready to File a Nursing Home Neglect Claim Against Lake Way Nursing and Rehabilitation Center? We Can Help

Do you believe that your loved one is being abused or mistreated while living at Lake Way Nursing and Rehabilitation Center? Contact the Kentucky nursing home abuse attorneys at Nursing Home Law Center at (800) 926-7565 for immediate legal intervention. Our network of attorneys fights aggressively on behalf of Marshall County victims of mistreatment living in long-term facilities including nursing homes in Benton. Contact us now to schedule a free case review to discuss how to obtain justice and resolve a financial compensation claim.

Our nursing home attorneys have successfully resolved many financial compensation claims for victims of mistreatment in nursing homes. We accept all cases of wrongful death, nursing home abuse, and personal injury through a contingency fee arrangement. This agreement will postpone the need to make a payment for our legal services until after our attorneys have resolved your case through a jury trial award or negotiated out of court settlement.

We provide every client a “No Win/No-Fee” Guarantee, meaning you will owe us nothing if we cannot obtain compensation on your behalf. Let our team begin working on your case today to ensure you receive adequate compensation. All the information you share with our law offices will remain confidential.