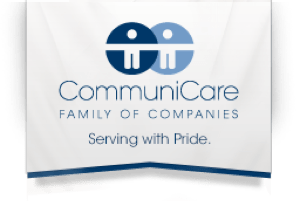 There has been an increasing need for additional nursing home beds at facilities nationwide. Sadly, the increased need has caused a substantial demand for the nursing staff to provide care for more patients than they can handle. This burden often results in cases involving neglect, abuse or mistreatment.

If your loved one was harmed while residing in a Lorain County nursing facility, contact the Ohio Nursing Home Law Center Attorneys now for immediate legal assistance. Let our team of lawyers work on your family’s behalf to ensure you receive monetary compensation to recover your damages.

This Medicare and Medicaid-participating facility is a "for profit" center providing services to residents of Lorain and Lorain County, Ohio. The 124-certified bed long-term care home is located at:

The federal government has the legal authority to penalize any nursing facility that violates rules and regulations. These penalties include monetary fines and denial of payment for Medicare services. High monetary fines usually indicate extremely severe violations that harmed or could have harmed residents.

The nursing home also received ten complaints over the last three years that resulted in a violation citation. Additional documentation concerning penalties and fines can be reviewed on the Ohio Long-Term Care Consumer Guide.

According to state surveyors, “the facility failed to ensure the resident was free from sexual abuse by another resident and complete corrective action to prevent further abuse.” The deficient practice “could potentially affect fourteen residents residing currently on the secured unit.”

The state investigators reviewed the facility’s Self-Reported Incident dated April 9, 2018. The documentation shows that an identified State-Tested Nursing Assistant (STNA) reported that she went into a resident’s room and “observed inappropriate touching.” The STNA identified the resident “was located his bathroom, in a wheelchair and [another resident] had her pants down and [the sexually aggressive resident] was touching her perineal area (the area between the pubic bone and coccyx, between the legs).”

The report evidence that the allegedly sexually aggressive resident “was immediately redirected out of the room and placed on one-to-one monitoring. The report identified the facility completed an investigation and for the category of sexual abuse and had unsubstantiated that abuse occurred.”

The nursing home “failed to implement the facility policy and preventing abuse to a resident an ensured the established corrective actions to protect other residents was implemented.” The citation involved the incident noted above. During an interview with the Director of Nursing it was revealed that “staff properly reported the incident occurring on April 3, 2018, immediately in the investigation was completed.”

The interview “identified the self-reported incident was found unsubstantiated because the facility felt the act was not delivered or willful. The interview confirmed that there was sexual touching involving [both residents] of whom are questionable capacity to consent.”

Were you the victim of mistreatment while you lived at Lake Pointe Health Care? Contact the Ohio nursing home abuse lawyers at Nursing Home Law Center at (800) 926-7565 for immediate legal intervention. We represent Lorain County victims of abuse and neglect in all areas including Lorain.

It is always free to discuss your case with our legal team. We provide a 100% “No Win/No-Fee” Guarantee, meaning you will owe us nothing until we can secure financial recovery on your behalf. All information you share with our law offices will remain confidential.