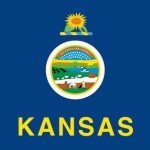 Representatives of Kansas University Hospital claim that a study that resulted in significant cuts of Medicare payments at its facility was based on flawed methodology and old data. The representatives contend that academic hospitals were penalized unfairly.

Lee Norman, chief medical officer at Kansas University Hospital said, “The academic medical centers get the sick patients that nobody else wants to or can take care of.” He further suggested that the facility gets “the sickest of the sick.”

There are 721 national medical facilities and 11 local hospitals including Kansas University Hospital affected by the lower Medicare payment penalties. In a study released in December 2014, the federal CMS (Centers for Medical Care and Medicaid Services) identified specific nationwide hospitals with the highest rate of hospital-acquired medical conditions. Some of these included infections caused by bedsores, blood clots, catheters and other complications known to be preventable.

Information from a recently released analyzed study by Kaiser Health News claims that the federal government has performed the “toughest crackdown yet” on medical facilities. The study indicates that medical errors are the leading reasons for the penalties and that the academic medical centers are affected most. The news service is reporting that nearly half of all academic medical centers across the country are facing severe penalties generated by avoidable medical problems.

The chief medical officer of KU Hospital indicated that specific adjustments have been made by Medicare to account for any difference between medical facilities. However, he believes the adjustments are insufficient because the facilities are not compared “apples to apples.”

The Kansas University Hospital is the only Level I Trauma Center in the region and has the only pediatric and adult burn unit verified by the American College of Surgeons. In addition, the medical facility accepts patients from anywhere inside the United States that require the highest level of care.

Dr. Norman indicates that many transferred patients arrive with serious conditions acquired at their previous facility. In addition, the chief medical officer believes that the Medicare study relying on old data does not distinguish the hospital’s standards of recognizing, diagnosing and treating conditions with medical care unavailable at the patient’s previous facility.

Medicare authorities have been studying the frequency of infections relating to central line protocols and the use of catheters. Many of the studies using old data focused on facility-acquired conditions including problems with central lines – intravenous lines left in for an extended period. This type of intravenous positioning is usually only performed on very sick patients as a way to minimize the risk of infection. KU Hospital utilizes only silver coated, infection prone catheters and follows strict protocols, encouraging patients to use restroom facilities as quickly as possible to decrease the potential of infection by removing the catheter as soon as possible.

All advanced staged bedsores are preventable. When the resident in a nursing facility acquires a pressure sore while under the care of the medical staff, it is often the sign of nursing home neglect or abuse. This is because the bedsore developed from unrelieved pressure to the resident’s skin can restrict blood flow to the area. Usually, the resident with the greatest risk of developing a sore are those that are challenged to reposition their body without assistance.

The first noticeable signs of a bedsore will occur on hips, elbows, back, heels, ankles, back of the head and sacrum. Any individual remaining sedentary in a wheelchair or bed is highly susceptible to developing a bedsore and requires constant monitoring by the medical team.

Learn about bed sore treatment and legal options by visiting our informational page on Kansas here.