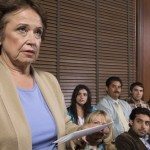 While it might appear that a fall off a roof on November 9, 2007 causing a broken back led to a recent $6.5 million verdict in a wrongful death lawsuit, a Tucson Arizona family thinks otherwise. In fact, the lawsuit involved the level of nursing care provided between December 4 and December 26, 2007 at University Medical Center when Byron Van Tassel, then 63 years old, was hospitalized for his falling injuries.

Attorneys working on behalf of the decedent’s family noted that it was during this time that Mr. Van Tassel developed a hospital-acquired decubitus ulcer, which is considered preventable. The facility-acquired sore was allowed to progress to Stage III while the retired utility company worker was suffering from malnutrition and the loss of 45 pounds. Federal agencies and Medicare classify a Stage III decubitus ulcer (pressure ulcer; pressure sore; bedsore) as a “never event,” meaning it should never occur in a medical setting including a hospital, nursing home, rehab or assisted living center.

As a part of the hospital’s defense, attorneys for University Medical Center denied it provided negligent care to Mr. Van Tassel and indicated that the bedsore was not the reason he would require years of subsequent treatments and medical care. In 2009, the original case was initiated as a medical negligence lawsuit. However, in 2012, the case was subsequently amended to a wrongful death lawsuit when the victim succumbed to his injuries.

It was then that the medical examiner for Pima County concluded the death was the result of “complications of paraplegia.” However, attorneys for the victim’s family argued it was not the paraplegia, but a pressure sore on Mr. Van Tassel’s sacrum (tailbone) that was acquired at University Medical Center (UMC) that caused irreversible deterioration of his body tissue that ultimately led to his demise.

Court documents show that health problems for Byron Van Tassel began in November 2007 when he fell backwards from the roof which broke his back and left him paralyzed without sensation or movement from the waist down. His emergency caused him to be admitted to what is now known as Banner-University Medical Center. In less than two weeks, Mr. Van Tassel was transferred to HealthSouth Southern Arizona Rehabilitation Hospital for rehabilitation therapy. However, he was transferred back to UMC because he developed pulmonary embolism. Court documents show that while at the hospital the second time he had multiple heart arrests, suffered pleural effusion and required chest tubes which all caused him to be place in the ICU (intensive care unit) at the hospital.

After recovering from his serious medical issues, Van Tassel was released from UMC and was transferred once more to HealthCare South for rehab. It was upon his arrival that a skin breakdown bedsore was observed on his sacrum along with another pressure sore on his left heal.

The jury awarded damages separately in the case indicating that $1 million would be provided to every family member – totaling $3 million of the $6.5 million award. The additional $3.5 million would be paid to Arizona Adult Protective Services Act that provides protection from neglect and abuse to vulnerable residents statewide. A portion of the jury award would also be paid to the decedent’s insurance company and Medicare as reimbursement for medical expenses.

The family hopes that public awareness over the case and the jury award against a hospital in the community would ensure an event like what occurred to Mr. Van Tassel would never happen again. Recently, Medicare has penalized three leading hospitals in Tucson, including UMC, because of their high incident rates of facility-acquired patient infections and injuries.