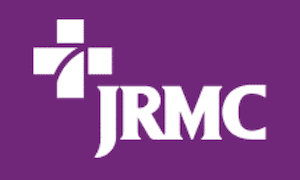 Families must often entrust the loving care of their disabled, elderly or rehabilitating loved one to professional caregivers to ensure they receive the best services in a compassionate, safe environment. Unfortunately, many residents of Jefferson County nursing homes become the victim of mistreatment, neglect or abuse that result in severe harm or wrongful death.

The Arkansas nursing home abuse attorneys represent victims and surviving family members to ensure they are adequately compensated for their damages. Our team of affiliated attorneys uses every legal option to hold those responsible for your causing your harm monetarily and legally accountable. Contact us today and let us begin working on your case now.

This Medicare-participating long-term care (LTC) center is a 25-certified bed "not-for-profit" home providing services to residents of Pine Bluff and Jefferson County, Arkansas. The facility is located at:

In addition to providing around-the-clock skilled nursing care, this regional medical center also offers other services that include:

The investigators working for the state of Arkansas and the federal government have the legal authority to impose monetary fines and deny payment for Medicare services if the nursing home has been cited for serious violations of established regulations and rules. Within the last three years, investigators levied a monetary fine against Jefferson Regional Medical Center for $13,328 on July 20, 2017. Additional documentation about fines and penalties can be found on the Arkansas Adult Protective Services website concerning this nursing facility.

In a summary statement of deficiencies dated July 28, 2017, the state investigators "determined one significant medication error was observed during a medication pass on July 25, 2017." The incident involved one intravenous medication push "administered in less than one minute by Registered Nurse (RN). The failure to administer the medication over a minimum of one minute had the potential for [the patient] to suffer adverse reactions such as ototoxicity [a temporary or irreversible permanent damage to the auditory nerve or the vestibular system] on July 25, 2017.

In a summary statement of deficiencies dated July 28, 2017, a state investigator "determined the facility failed to store processed [laundry] to prevent the likelihood of contamination and three of three (cleaned linens storage, cleaned linens folding/pressing and soiled laundry processes in) areas observed within the Laundry Department." This failure "to ensure the door to the clean linens storage room was closed, and failure to ensure staff did not have personal drinks in the clean processing area and the soiled area did not ensure linen would be stored [using a] process to prevent the spread of infection."

The investigators documented that the "failed practice was likely to affect all linen processed in the facility." The state survey team observed the clean linens staging area identified by the facility laundry manager which "had the door into the room from the main corridor propped open. The opened door from the main corridor did not assure non-laundry personnel or visitors would be prevented access."

The laundry manager stated that "the door is propped open in the summertime because it gets so hot." An observation of the soiled laundry room the same day showed that "to the left of the conveyor and behind the electric monitor panel, there was one partially consumed drink with a lid." The manager stated that "as long as the drinks have a lid on them, we allow them to drink and the department."

However, the state investigator interviewed the Director of Facilities and the Safety Officer and Security Manager who stated that "there were no drinks allowed in the laundry and that the clean linens staging door should not be propped open." The investigator reviewed facility policies that show that there was "no specific policy for laundry services. The Safety Officer/Security Manager stated that "the laundry door is supposed to be closed. We do not have a policy."

The investigator observed a Certified Nursing Assistant (CNA) who "failed to prevent and control infections when performing point of care testing for blood glucose." The CNA had "failed to change gloves [before] accessing blood glucose tests trip,lancet, cotton balls and dispose of a contaminated single-use lancet in the Sharp's container. It could not be assured patients would be protected from likely sources of infection. "

The failed practice "was likely to affect any patient who had a point of care blood glucose performed." During an interview with that Certified Nursing Assistant will it was confirmed that the CNA "should have changed her gloves." The CNA said, "I knew I should have [changed gloves] before I touched the supplies. I should have thrown the lancet in the Sharp's container."

In a separate summary statement of deficiencies dated July 24, 2015, the state investigator documented the facility's failure to "follow the nursing care plan policy and procedure for [one patient] in isolation who did not have cultures repeated. The failed practice did not allow the facility to know if the patient had an active infection which required isolation." The deficient practice by the nursing staff involved one resident at the facility.

During an initial tour of the medical center, a patient was observed: "to be in isolation for urinary multi-drug-resistant organisms (MDRO)." The state investigator interviewed the patient who stated: "staff is supposed to be getting some cultures of my urine to see if this infection is gone." The investigator reviewed the resident's clinical record that showed "no cultures had been obtained/resulted." The survey team interviewed the facility Infection Control Nurse who stated that the resident "should have had urine cultures and sensitivities performed 30 days ago and now another one. The Infection Control Nurse stated it was the responsibility of the Infection Control staff to order and obtain cultures and sensitivities."

In a separate incident, the investigators determined that the facility "failed to ensure a clean technique was used while handling the Central Venous Access Device. The failed practice has the potential to introduced infectious agents via the Central Venous Access site." The survey team observed a Registered Nurse on July 21, 2015, donning examination gloves to move "the intravenous pole, move electrical cords which were touching the floor and then picked up the trash can and move it."

The Registered Nurse then grabbed the patient's "Central Line and administered an IV medication without removing her gloves, washing her hands and re-gloving." As a part of the investigation, the team interviewed the Registered Nurse who "verified she should have removed her gloves, washed her hands and re-gloved [before] handling the … central line."

In a summary statement of deficiencies dated July 24, 2015, the state investigators documented that the facility had failed to "ensure the physician's plan of care for 'twice a day' pulse oxygen-measurement readings were implemented by the facility." The deficient practice by the nursing staff involved two residents at the facility. The failed practice "did not provide the clinical information for the physician to make determinations for the application of, change in, or discontinuation of oxygen" for two patients."

The state survey team reviewed a resident's Pulse Ox Parameter History from June 3, 2015, to July 23, 2015, that showed that the readings "were not performed in five of 51 days." The nurse manager verified the above findings.

Injured or Abused While Residing at Jefferson Regional Medical Center?

If your loved one was the victim of mistreatment, abuse or neglect while a resident at Jefferson Regional Medical Center, contact the Arkansas nursing home abuse lawyers at Nursing Home Law Center at (800) 926-7565 today. Our network of attorneys fights aggressively on behalf of Jefferson County victims of mistreatment living in long-term facilities including nursing homes in Pine Bluff. Our team of attorneys has years of experience in successfully resolving financial claims for compensation against all parties who caused nursing home residents harm, injury, loss, or preventable death. Contact us now to schedule a free case review to discuss how to obtain justice and resolve a financial compensation claim. Let us fight on your behalf to ensure your rights are protected.

Our attorneys accept every case concerning wrongful death, personal injury and nursing home abuse through a contingency fee arrangement. This agreement postpones your requirement to pay for legal services until after we have resolved your case through a negotiated out of court settlement or jury trial award. We offer each client a "No Win/No-Fee" Guarantee, meaning all fees are waived if we cannot obtain compensation to recover your damages. We can begin working on your case today to ensure your family receives monetary recovery for your damages. All information you share with our law offices will remain confidential.