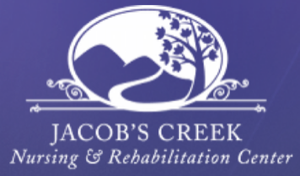 Mistreatment, abuse, and neglect in nursing facilities are often the result of the nursing staff or other caregivers not providing the resident care according to established standards of quality. Their inappropriate behavior often leads to harm, injury, or wrongful death. Some times, residents victimized other residents in the facility.

Did your loved one suffer harm while living in a Rockingham County nursing facility? If so, contact the North Carolina Nursing Home Law Center Attorneys now for immediate legal intervention. Let our team of abuse prevention lawyers handle your case to ensure you receive monetary compensation. We will use the law to hold those responsible for causing the harm legally accountable.

This Medicare and Medicaid-participating nursing center is a "for-profit" home providing services to residents of Madison and Rockingham County, North Carolina. The 170-certified bed long-term care home is located at:

The state and federal investigators have the legal authority to penalize any nursing home that has been cited for a severe violation that harmed or could have harmed a nursing home resident. Typically, these penalties include imposed monetary fines and denial of payment for Medicare services.

Within the last three years, federal investigators imposed a monetary fine against Jacob’s Creek Nursing and Rehabilitation Center for $49,740 on February 22, 2018, citing substandard care. The nursing home received five complaints over the last three years that resulted in a violation citation.

Additional information concerning the facility can be reviewed on the comprehensive North Carolina Department of Health and Human Services Adult Protective Services Website.

The survey team initiated an Immediate Jeopardy situation that “began on March 3, 2018, when [one resident hit another resident] in the face.” The assault on the victim resulted in [the assaulted resident] “ being physically injured, requiring pain medication, and having an assessment [done] at the emergency room after the trauma.”

The investigators reviewed documentation that showed the aggressive resident was “moderately cognitively impaired with physical behaviors.” The aggressive resident “had ineffective coping skills, aggression, combativeness related to cursing, hitting, grabbing staff, and verbal/physical aggression toward other residents at times.”

The Incident Report from February 28, 2018, revealed that the aggressive resident “was in the hallway and verbally argued with another resident .” A nurse heard them arguing and heard one resident state, “get out of my room.” The nurse heard a female resident yelling, “someone shoot him.”

The nurse then saw one resident hitting another resident “in their face.” The nurse ran over to separate them. The nurse said she told the aggressive resident, “you do not hit anyone.” The nurse asked the male resident what was wrong, and why did he hit her. The male responded, “she was in my room” when “clearly, she was not. They were both in the hallway, near his doorway.”

The investigators interviewed the facility Administrator ten days after the incident. The Administrator revealed that “she was not aware of the February 28, 2018 incident, where [the male resident struck the female resident], until she was notified by [the nurse] on March 3, 2018.”

Need to Hold Jacob's Creek Nursing And Rehabilitation Center Accountable for Neglect? We Can Help

Do you suspect that your loved one suffered injury or died prematurely while living at Jacob’s Creek Nursing and Rehabilitation Center? Contact the North Carolina nursing home abuse prevention lawyers at Nursing Home Law Center at (800) 926-7565 for immediate legal intervention. We represent Rockingham County victims of abuse and neglect in all areas, including Madison.