The Information You Need to Make Decisions That Matter
The Nursing Home Law Center is committed to providing the
legal resources necessary to hold negligent facilities accountable.
Learn More
Home
Nursing Home Negligence
Bed Sores
Bed Sore Articles
General Articles About Bed Sores
Is There a Correlation Between Bed Sores and the Development of a Systemic Infection Known as Sepsis?

Is There a Correlation Between Bed Sores and the Development of a Systemic Infection Known as Sepsis? 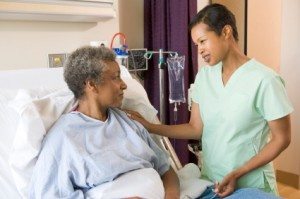 As if the physical pain and emotional turmoil is not enough for people who have developed a bed sore, the open wound puts them at an increased risk for serious medical complications that can delay healing and cause further problems including a potentially life-threatening condition known as sepsis.

Sepsis is an illness caused by infection in the bloodstream by bacteria that frequently enter the body through open wounds or pressure sores. Occasionally referred to as: severe sepsis, sepsis infection, septic shock, severe sepsis or septicemia – sepsis is a medical complication that commands the full attention of all caregivers.

In order to provide sepsis patients the best chances of recovery and resumption of daily activities, the condition must be identified and treated as early on as possible. In cases where treatment is delayed, sepsis can aggressively take hold of organs eventually resulting in their inability to function.

Most medical experts agree that at least two of the following must be present in a patient in order to make a diagnosis of sepsis:

After a diagnosis of sepsis has been confirmed it is incumbent that treatment be initiated as quickly as feasible. Most treatment incorporates the use of intravenous antibiotics given in an inpatient setting. Even after the treatment has been concluded, doctors will usually monitor sepsis patients for years following their original illness to ensure that they remain healthy.