Is Sepsis Related to Bed Sores? 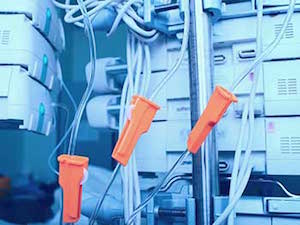 If your loved one has a bed sore and is later diagnosed with sepsis then there is a strong likelihood that the sepsis is due to the bed sore or open wound. Sepsis is an illness caused by infection in the bloodstream by bacteria.

Sepsis (also referred to as: severe sepsis, sepsis infection, septic shock, severe sepsis, septicemia) must be identified and treated as early on as possible in order to provide the best chances of survival. If left undiagnosed and untreated, sepsis can be fatal. In order to make a diagnosis of sepsis, at least two of the following must occur: a heart rate above 90 beats per minute, hyperventilation (more than 20 breaths per minute) and white blood cell count below below 4000 cells/mm.

Symptoms of sepsis include:

Frequently, people use the term sepsis to describe ‘severe sepsis’ and ‘septic shock.’ Severe sepsis is used to describe people who have organ dysfunction following a diagnosis of sepsis. People diagnosed with septic shock have sepsis with hypo-tension (abnormally low blood pressure).

Sepsis is a common medical condition; it accounts for:

In order for treatment to be most effective, it must be implemented as soon as the diagnosis is made. Generally, treatment consists of antibiotics and surgical drainage. Nutritional supplements are also suggested as treatment for sepsis.