Is $28 Million in Punitive Damages Enough to Punish a Nursing Home That Allowed Patient to Develop Infected Pressure Sores? 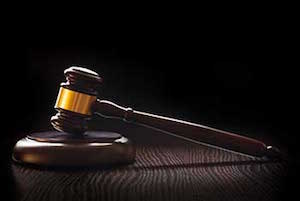 Well according to a California jury, the answer is ‘yes’. $28 million is the amount of punitive damages the jury awarded in the elder abuse and wrongful death case (Sacramento Superior Court) against Colonial Healthcare of Auburn and its parent company Horizon West of Rocklin.

This case revolved around the abuse and death of Ms. Frances Tanner, a 79-year-old resident, who died from an infected bedsore. Punitive damages were awarded because the jury determined that the nursing home was “malicious, oppressive, or fraudulent.” In addition, the jury awarded Ms. Turner’s daughter, Elizabeth Pao, $1.1 million for loss of companionship and her mother’s pain and suffering.

Ms. Frances Tanner was admitted to Colonial Healthcare of Auburn in March 2005 with a diagnosis of dementia. Then, in September 2005, Ms. Tanner fell and broke her hip. The nursing home did not conduct a timely assessment of her injury, which resulted in a delay in treatment.

It took eight days after Ms. Tanner’s fall for the nursing home to diagnose her with a hip fracture. It was at this point that staff members also discovered a bedsore (also known as a pressure sore, decubitus ulcer, or pressure ulcer). A few weeks after undergoing hip surgery, Ms. Tanner died from an infected bedsore. (See “Are the development of bed sores at a nursing home considered to be a form of nursing home abuse?”).

A Threat to all Nursing Home Patients

Bedsores are a preventable injury. When a nursing home resident suffers an injury that leads to reduced mobility, the nursing home should implement special preventative measures to ensure that no bedsores occur. In fact, nursing homes must do this. They must take steps to prevent bedsores. Then, if a resident does suffer from a bedsore, the facility must provide proper care and treatment to ensure that the bedsore heals and does not worsen.

Healthcare of Auburn directly contributed to the death of Ms. Tanner. The elder abuse and wrongful death charges are important to hold the facility responsible, and the punitive damages help to further punish the nursing home and prevent future tragedies. However, they do nothing to bring Ms. Elizabeth Pao’s mother back.