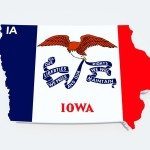 An Iowa nursing home is facing a significant fine of more than $31,000 after a former school teacher Darlene Carbaugh fell from a mechanical lift and sustained a fatal head injury. In June 2014, North Lake Manor of Storm Lake received a penalty citation from the state Department of Inspections and Appeals. The citation was in response to the nursing home’s failure to protect those residing at the facility from harm.

Like all nursing facilities in Iowa, North Late Manner is duty bound to protect every resident from harm by providing adequate medical and hygiene care. During the investigation, the state’s inspectors were told that many employees were overworked. The limited number of staff on hand and the significant workload made it challenging to provide every resident a bath or tend to their many medical requirements.

Injured in a Mechanical Lift Accident

Local police reports and state records indicate that the victim was injured on May 17, 2014. Medical staff at the facility had used a mechanical lift in an effort to move the 87-year-old victim into bed. The home’s workers indicated that Ms. Carbaugh was injured from an apparent malfunction of the device. The malfunction caused her to tumble from the lift and land headfirst, suffering injuries upon impact with the concrete floor below.

The working staff at North Late Manner told the state’s inspectors that malfunctioning components on the medical lift had been taken from another lift manufactured by a different company.

Alfred Carbaugh and his wife Darlene had lived together in the area since 1950 at Spirit Lake. The former Iowa schoolteacher and her husband raised two sons. Mr. Carbaugh passed away in February 2013.

The nursing facility initially faced a $24,500 fine imposed by state officials. This initial fine ranked as the sixth highest in Iowa against a healthcare facility that year. However, this fine was set aside by the CMS (Federal Centers for Medicare and Medicaid Services) in lieu of a federal fine. The CMS imposed a $3800 a day fine for each day the nursing facility was out of compliance with providing minimal standards of care to its residents.

By the 13th day, the daily fine of $3800 was reduced down to $100 every day for the next 29 days, accruing fines totaling more than $48,000. However, after the owners of the facility agreed to skip any appeal of the fines, authorities from the Centers for Medicare and Medicaid Services discounted the initial fine by 35 percent, where it now totals $31,525.

Neglect in a nursing facility is similar to abuse in numerous ways. However, they are not identical. Typically, abuse in a nursing facility implies that there was a specific intention to harm the elderly individual. Alternatively, neglect is usually defined as the nursing home’s breach of responsibility in providing an acceptable standard of care. The neglect usually results in harming the patient. The amount of substandard care provided the patient or the breach of duty of the nursing home must produce a reasonably foreseeable outcome.

If the nursing home is providing a minimal standard of care, the patients will likely be experiencing a variety of problems including:

Any noticeable signs of a loved one experiencing abrasions, cuts, contusions, bruises on the resident or a display of extremely fearful behavior when moving around or getting up might be an indicator of poor care.