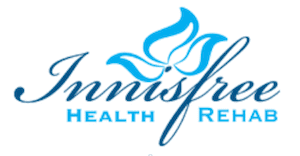 Locating the ideal nursing facility in your local community can be a challenging endeavor if you are faced with needing the services of caregivers to provide your loved one the highest level of care in a safe, compassionate environment. Unfortunately, abuse and neglect are common problems occurring in nursing homes, assisted living centers and rehabilitation facilities nationwide. In many incidents, family members are unaware that a loved one has been mistreated until a serious health issue arises.

The Arkansas  nursing home neglect attorneys have represented many Benton County nursing home victims who suffered injuries or died unexpectedly from mistreatment. If you were harmed, contact our network of lawyers today so we may begin working on your case now. Let us hold those at fault for your harm financially accountable and legally responsible.

This facility is an 80-certified bed "for-profit" long-term care home providing services and cares to residents of Rogers and Benton County, Arkansas. The Medicare/Medicaid-participating long-term care (LTC) center is located at:

Arkansas and federal agencies have the legal responsibility of monitoring every nursing home and imposing monetary fines or denying reimbursement payments through Medicare if investigators identify serious violations and deficiencies. These penalties are typically imposed when the violation is severe and harmed or could have harmed a resident. Within the last three years, the federal government has not imposed a fine on Innisfree Health and Rehabilitation Center. Additional documentation about fines and penalties can be found on the Arkansas Adult Protective Services website concerning this nursing facility.

To ensure that families are fully informed of the services and care that the long-term care facility offers in their community, the state of Arkansas routinely updates their comprehensive database. The list contains details of opened investigations, safety concerns, incident inquiries, health violations, dangerous hazards, and filed complaints of nursing homes statewide and posts the resulting data on the AR Department of Public Health website and at Medicare.gov. This data can be used to make an informed decision before placing a loved one in a private or government-run facility.

In a summary statement of deficiencies dated June 28, 2018, the state investigators documented that the facility had failed to "ensure Advanced Beneficiary Notices (ABNs) were provided to inform residents or the responsible parties of their financial liability for continued care and services after their Medicare-covered services were discontinued." The deficient practice by the nursing staff involved two residents "who were discharged from Medicare skilled services in the last six months and remained in the facility. This failed practice has the potential to affect fifteen residents who receive Medicare skilled services in the last six months and remain in the facility after they were discharged from Medicare services."

The investigator asked if the resident or the responsible party "could decide if she wished to continue receiving the skilled services that may not be paid for by Medicare and assume financial responsibility." The Social Services Director replied, "No." After a review of the patient's medical records, the Social Services Director said that the resident "had eighty-one Medicare days left when she was discharged from Medicare services."

In a summary statement of deficiencies dated June 28, 2018, the state investigators documented that the facility had failed to "ensure the call light was kept within the resident's reach to allow a resident to someone assistance and minimize the potential for unassisted transfer attempts that could result in falls." The deficient practice of the nursing facility involved one of twenty-four residents who "were capable of utilizing the call light system. This failed practice has the potential to affect forty-nine residents who were capable of utilizing a call light."

The incident involved a resident with dementia and hypertension and a "history of falls. The resident needs a safe environment with [areas] free from spills or clutter, adequate, glare-free light, working a reachable call light, the bed and the low position at night, handrails on the walls, personal items within reach." The resident's documentation shows that the resident has a self-care performance deficit of Activities of Daily Living and is "totally dependent on two staff or transferring." The nursing staff is guided to encourage "the resident to use [the call system] to call for assistance."

An observation of the resident was made on the morning of June 25, 2018 while "sitting in her wheelchair in her room, asking to be assisted to bed. The resident stated she fell about two weeks ago. A bandage dated June 24, 2018, was on her left upper forearm, close to her elbow. A fall mat was at the resident's bedside. The resident's call light was a flat call light, which was wedged between the … side rails and the mattress, out of the resident's reach.

A Certified Nursing Assistant (CNA) providing the resident care on the morning June 25, 2018 "was informed the resident was asking for someone to help her to go to bed." The state surveyor asked the CNA "do you think the resident [can] reach her call light from where the resident is sitting?" The CNA responded, "No, ma'am."

In a summary statement of deficiencies dated June 28, 2018, the state investigators documented that the facility had failed to "ensure medications were increased only in the presence of documented behavioral monitoring results that justified the increase" of taking psychotropic medications.

In a summary statement of deficiencies dated March 17, 2017, the state investigators documented that the nursing home had failed to "ensure long facial hairs were regularly removed from a female resident's face, per the resident's preferences, to enhance dignity of [a female resident who was] dependent on staff for facial hair removal."

The nursing staff also documented the facility's failure "to ensure the administration of inhaled medications was conducted in a private area and without interrupting a resident's meal, to maintain dignity and privacy for [another resident]."

In a summary statement of deficiencies dated March 17, 2017, the state investigators documented that the facility had failed to "ensure bath/showers were regularly provided to maintain good hygiene" regarding the female resident noted above where the nursing staff failed to remove her facial hair. The deficient practice by the nursing staff involved one of four residents "who were dependent or required extensive assistance from staffed for bathing. The failed practices had the potential to affect eleven female residents who were dependent on staff for facial hair removal."

In a summary statement of deficiencies dated March 17, 2017, the state investigators documented that the facility had failed to "ensure the environment was as free of hazards as possible, as evidenced by the failure to store hazardous chemicals in a secure location to prevent potential access by residents."

In a summary statement of deficiencies dated March 17, 2017, the state investigators documented a facility deficiency. The surveyors show the nursing home failed to "ensure gradual antipsychotic dose reductions were attempted in the absence of a physician's documented evaluation of the specific risk versus benefits of continuing the medication." The home failed to document an "explanation as to why a dose reduction attempt would be contraindicated [to] ascertain the smallest effective dose and minimize the potential for adverse drug effects." The deficient practice by the nursing staff affected one resident who "received antipsychotic medications. This failed practice had the potential to affect six residents" at the facility.

The state investigator asked the Director of Nursing to provide "documentation of a dose reduction or clinical justification for the use of [antipsychotic medications]. However, "no other documentation was provided."

In a summary statement of deficiencies dated March 17, 2017, the state investigators documented that the nursing home had failed to "ensure infection control measures were consistently implemented to minimize the potential for the spread of disease and infection." The nursing staff failed to "ensure infections were tracked and trended to identify patterns and identify any potential need for additional staff training for three of three months of infection control log's" that were reviewed."

The state survey team also documented the facility's failure "to ensure staff change gloves and wash hands after cleaning feces, before applying a clean brief and adjusting the bed linens, to prevent cross-contamination that could result in disease or infection." Additional documentation revealed that the staff failed to "wash their hands before and after providing incontinent care for [two residents] who were dependent for incontinent care."

The failure to "ensure clean technique and universal precautions were followed during the administration of medications" could minimize the prevention of potential infections involving three residents "who required medication administration."

Were You Victimized at Innisfree Health and Rehabilitation Center?

If you believe your loved one has suffered abuse, neglect or mistreatment while a resident at Innisfree Health and Rehabilitation Center, contact the Arkansas nursing home abuse attorneys at Nursing Home Law Center at (800) 926-7565 today. Our network of attorneys fights on behalf of Benton County victims of mistreatment living in long-term facilities including nursing homes in Rogers. For years, our attorneys have successfully resolved nursing home abuse cases just like yours. Our experience can ensure a positive outcome in your claim for compensation against those that caused your loved one harm. Contact us now to schedule a free case review to discuss how to obtain justice and resolve a financial compensation claim. Let us fight aggressively to ensure your rights are protected.

We accept every case concerning wrongful death, nursing home abuse, and personal injury through a contingency fee arrangement. This agreement will postpone your need to make a payment for our legal services until after our attorneys have resolved your case through a jury trial award or negotiated out of court settlement. Our network of attorneys offers every client a "No Win/No-Fee" Guarantee, meaning you will owe us nothing if we are unable to obtain compensation to recover your family's damages. We can provide legal representation starting today to ensure your family is adequately compensated for your damages. All information you share with our law offices will remain confidential.