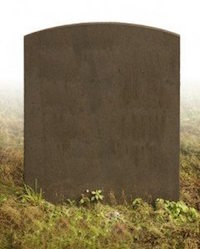 On January 28, 2013, Hazel Hendricks was found in her Wood River nursing home room unresponsive with low oxygen saturation and food still in her mouth. As could be expected from this anomaly, a lawsuit soon followed. A complaint was filed on behalf of the estate of the decedent against the VIP Manor facility, its owners, and staff. The suit claims the nursing home was understaffed, failed to adhere to adequate policies, access the patient or call for emergency medical attention. It is seeking damages of over $200,000.

According to the allegations within the lawsuit, Hazel was discovered to be unconscious at 11:45 a.m. but emergency services were not called for until 12:15 p.m. Further, staff at VIP Manor described the patient’s situation as “non-emergent,” which is presumably why they did not check on the patient between 11:45 a.m. and 12:38 p.m. as the complaints provides. However, according to the plaintiff, the doctors also found Hazel to be unconscious and blue, because they eventually decided to have her transferred where should receive emergency care.

The Illinois Department of Public Health issued a report on this incident, and, interestingly, a fine for $50,000 upon the facility. After a careful examination of the case, it confirmed some of the factual allegations of the suit but also cited VIP Manor for not adequately monitoring her condition or properly diagnosing the injury. These failures, added to their inability to call for emergency assistance, led to Hazel’s death before she reached the ER.

After a final review, the Department faulted the nursing home for not defining what is and what is not an emergency, as well as for not maintaining procedures to accommodate such situations. Unfortunately this incident is not isolated. The majority of nursing homes are understaffed; millions of elderly nursing home residents will experience some form of neglect by their health care provider; thousands will die every year due to preventable causes of nursing home mistreatment. Now is the time to learn the risk factors of nursing home neglect and seek competent and zealous advocates who will fight for you and your loved one’s interests.