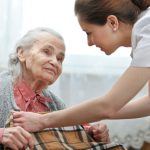 Nursing Home Law News represents nursing home residents after they have been injured by the facility’s negligence. These are typically some of the most serious and complicated kinds of disputes in Illinois personal injury law. This is especially the case when the mistake in question was a medical error.

Medical errors can be extremely costly and even life-threatening to nursing home residents. Even if the person survives, they are normally left completely changed after the accident. In some situations, their family has to step up and help them out in order to maintain a sense of normalcy.

Our team of lawyers specializes in assisting victims of Illinois nursing home negligence including those hurt by medical errors. We think that representing doctors, hospitals, nursing homes or related parties would detract from that mission. Therefore, we don’t do that.

Why Are Some Illinois Nursing Home Medical Error Cases Worth More Than Others?

It can be quite vexing trying to figure out why plaintiffs got the awards that they did in nursing home litigation especially when medical errors are to blame. You might even have a hard time telling all the victims, offenders, and circumstances apart because they can start to look similar.

However, there are some things you can do to have a better understanding why jury awards or settlement agreements emerged in this kind of litigation. Here are a couple of key points to monitor:

In this unfortunate incident, an elderly resident was given a slew of medications while under the care of a nursing home. They included Cozaar, aspirin Lanoxin, oxybutynin, furosemide, and others. Unfortunately, they were not meant for her. They were supposed to go to other residents of the facility.

Tragically, the combination of drugs proved lethal and took her life. Representatives of her estate filed suit against the nursing home and eventually agreed to a settlement of $250,000 possibly because of the following reasons:

This nursing home dispute involved a relatively young resident-a man in his early sixties. He was a doctor and residing at the facility until he could be transferred to a hospital to receive treatments. However, before he got there, the nursing home gave him a medication that was intended for his roommate.

It was for diabetes. The shock of the inappropriate medication sent him into a coma and caused him severe long-term health problems. The victim sued the nursing home for the injuries that this event caused and both sides settled prior to trial for $850,000.

Here are a few reasons why this agreement might have been reached:

In this incident, a woman in her late eighties was to be transferred from a nursing home to a hospital for treatment. However, in transit, she was dropped and then the trip to the hospital was delayed.

Unfortunately, her arthritis and previous scars were inflamed and worsened because of the slow trip and mishandling. She suffered significant pain and suffering. A jury awarded her $42,000 in damages for the discomfort that attended the accident.

Here is why she probably got what she did:

The nursing home resident in this incident was an 80-year-old woman was transferred to the facility after undergoing surgery on her broken ankle at a nearby hospital. While living there, the doctors noted that she was at risk for stroke. However, over the course of the next few weeks, the nursing home staff ignored diagnostic tests and failed to put her on the correct medication.

As a result, she suffered a stroke. She lived the next four years of her life at the nursing home in pain and without control over basic body functions.

Lawyers for the elderly woman sued the nursing home and a jury awarded them $1,169,000 in damages most likely for the following reasons:

In this nursing home a dispute, an 84-year-old man died after enduring a pattern of mismanagement. His lawyers argued that the institution did not give him the medicine that he needed or take care of his bed sores. As a result, his counsel said that its failures led to his death.

The defendant nursing home completely denied all responsibility and contended that his death was beyond their control. The jury didn’t buy that argument and awarded the man’s estate $500,000 most likely because of some of these facts:

A 94-year-old woman died while in the care of a nursing home and her family thought it was the facility’s fault so they brought suit. They alleged a variety of misconduct including the following: failure to transport her to the doctor; failure to properly supervise her; and failure to care for her.

The defendant nursing home disagreed with all of these contentions and denied that they were at fault. The jury found for the family and awarded them $75,000. Here are some important points to note about this case:

We spend a lot of time reviewing every case that we receive. Nursing home incidents with medical errors demand it. They are complex and impact the victims beyond description.

To help in this process, we have assembled an expert staff of lawyers, assistance, medical associates, and others to figure out how the particular nursing home resident got hurt and who was to blame. It is an exhaustive process but it is necessary to achieve the compensation that victims deserve.

Did a nursing home make a medical error and harm you or somebody in your family?

If they did, then you might be entitled to recover compensation under the laws of Illinois. Nursing Home Law Center LLC can make sure that you get every dollar of recovery that you need and deserve.

It’s not an easy process in Illinois but our law firm has the skill and resources to get you through it effectively and quickly. Plus, if we’re not successful, we won’t charge you. Call now to begin down that road to recovery.

For information on other types of settlements realized from Illinois nursing home lawsuits, please view: