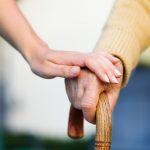 The attorneys at Nursing Home Law News have represented numerous nursing home victims of inadequate care in order to obtain recovery for their injuries. The nature and extent of the damages that each nursing home resident faces varies greatly but they are normally very serious. Also, because they tend to take longer to exhibit themselves, sometimes they even lead to death. In that scenario, the victim’s family is left with an inconsolable loss.

That is why our firm commits wholeheartedly to representing victims of nursing home inadequate care. We refuse to let nursing homes, hospitals, doctors, or any other person get off the hook. We certainly wouldn’t represent them.

Why Are Some Illinois Nursing Home Inadequate Care Cases Worth More Than Others?

In the section below, we give you a sample of nursing home cases involving inadequate care. Just after a short review you might notice that the amounts of recovery may vary and there might not be any discernable reason why.

However, we assure you, there are important and distinguishing traits between each jury award and settlement amount. The trick is knowing what to look for and we can help you do that because we have been involved in so many nursing home inadequate care lawsuits.

Here are some factors to isolate when analyzing different compensation amounts:

The patient in this suit died while in the care of a nursing home after he developed peritonitis. Apparently, the nursing home staff failed to promptly identify the medical issue, insert a G-tube, and transfer him to a hospital. As a result, he died.

Here are some facts that might explain the jury’s award:

The victim in this case was a woman in her late seventies. She was supposed to be at the nursing home in questions just for a short amount of time in order to receive dialysis treatment.

However, the medical staff performed the treatment negligently. They placed the needle in the wrong site, failed to account for the swelling, and did not control all of the bleeding. As a result, the woman later died.

Just before the case begin in court, the woman’s estate and the defendants settled for a reported $765,000. Here are some facts that account for that amount:

The nursing home resident in this incident was a 70-year-old man. Apparently, while in the care of the nursing home, he began to display signs of a stroke including, but not limited to, speaking problems, facial drooping, and other symptoms.

However, the facility staff were slow to alert emergency services and get him the treatment that he needed.

This delay might have cost him his life and this was exactly the contention that his estate made in the complaint. However, this lawsuit never got to trial because they settled for $325,000.

Here is why they may have decided to settle rather than go to trial:

The victim in this case was a woman who was brought to a southern Illinois nursing home after spending some time in a hospital for advanced medical treatment. Once she got to the nursing home, a staff nurse applied a Duragesic patch before removing the one that was already applied at the hospital.

The woman’s lawyers later contended that this took her life in the lawsuit they filed shortly after her death.

The defendant disagreed but did admit that they did this and that it was a violation of the Nursing Home Care Act. Also, they noticed the decedent struggling for a few days prior to her passing.

The jury returned a verdict of $223,608 for medical bills, pain, suffering, and other compensatory damages. Here is what might explain the jury’s award:

The patient in this case was transferred around a hospital and nursing home during the relevant events pertaining to the lawsuit. While she was residing at both, she suffered from bed sores, dehydration, malnutrition, and a whole host of other health problems.

Eventually, doctors needed to amputate her leg due to infection and she later died from the complications.

Her representatives brought suit for these injuries and both sides settled for $300,000. Here is why they might have decided to settle:

Inadequate care is an incredibly common problem in Illinois nursing homes. That is why we assembled an expert team of lawyers, investigators, and health care experts. We did this so that if you are hurt, then you can come to us and we can quickly and effectively put together a claim for relief on your behalf.

Urgency mattes as much as skill in these kinds of lawsuits because the defendant hospitals and nursing homes will move swiftly to kill your case.

Then, call our offices. We will take the time to review your incident in great detail to measure the merits of your claims. Then, if you choose to hire us, we can bring your case to court with more than enough experience, resources, and passion. Also, we won’t charge you unless you’re happy with the award so that you can focus on what matters: your health. Start today! Contact our offices and start the intake process. We look forward to hearing from you!

For information on other types of Illinois nursing home negligence lawsuits, please refer to the pages below: