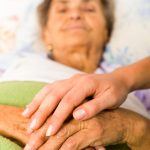 Attorneys at Nursing Home Law News have successfully settled many nursing home fall cases across Illinois. Many of these happened out of nowhere but some were easier to predict and could have been prevented.

They all take a significant toll on the victims. In fact, some even lead to the death of the nursing home resident. This leaves a tremendous hole in the family that they leave behind.

Why are Some Illinois Nursing Home Fall Cases Worth More Than Others?

When you look at the list of jury awards and settlement agreements that follow, you will probably wonder why a certain plaintiff got more than another plaintiff. It can get confusing because I’m sure a lot of the incidents start to sound the same. However, while they might mirror each other, they do have distinguishing factors that can explain why a particular nursing home victim got more than another in a particular case including some of the following:

The plaintiff in this case was an 80-year-old female nursing home resident.

Over the span of a few years, she fell four on four separate occasions. The nursing home didn’t conduct an initial risk assessment test or provide any risk prevention management after each successive fall.

Due to the accidents, she sustained exaggerating injuries including pressure sores and broken bones. Here are some key points that explain the jury award that she received:

The victim in this incident was an elderly man who was recently admitted to the nursing home in question for care related to Alzheimer’s and heart problems.

On the first day of his stay at that institution, he fell in the home’s cafeteria. He broke his hip and sustained pressure sores during his treatment for that injury. Here are some insights into why he got the settlement that he did:

The victim in this case passed away before the trial finished but her estate still continued on her behalf.

In this dispute, lawyers for the nursing home victim (a woman in her late sixties) claimed that she died because of the negligent care of the facilities.

In particular, during a transfer, she fell, broke her hip, and sustained an infection which eventually led to her death. The jury found in her favor for over $1,000,000 for pain and suffering, medical bills, compensatory damages, and other relief.

Here are some clues that may explain the size of her award:

In this lawsuit, lawyers brought an action after an elderly passed away from injuries he sustained from falling out of a wheelchair.

Apparently, upon being admitted to the nursing home, he was a deemed a high risk for falls. However, he was not given sufficient attention and fell one day from his chair. He sustained a head injury, hematoma, and other wounds. He eventually died.

His estate brought an action for damages and alleged the nursing home’s deficient care caused his death. The jury agreed and awarded it $545,000 in damages for disability, disfigurement, pain, suffering, loss of society, and expenses.

Remember these things about the case:

We bring in each member of our experienced team when we review nursing home cases like those for falls. We have an extensive group of attorneys, legal assistance, and medical experts. Each of us studiously reviews each incident to figure out why it happened and how the victim can best be compensated to live a more fruitful life.

If you or somebody that you know was hurt in a nursing home in Illinois, we would love to meet with you and understand what happened. Your injury is unique and deserves attention.

Our law firm can fight for you and bring in all the resources and zeal that your suit demands. Plus, we don’t charge for our services unless you’re happy with the outcome. Begin the process now by completing our case intake form or by calling our office.

If you are looking for information on local facility or an attorney to help, please see the pages below for more information.

For information on other types of Illinois nursing home settlements, look at the pages below: