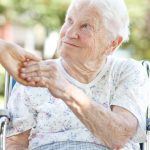 Nursing Home Law Center LLC has worked with victims of nursing home misconduct to great success. The clients we have represented suffered injuries like falls, sexual abuse, malnutrition, and bed sores. In fact, bed sores are some of the worst harms that they faced. They even have led to death in some cases.

Why Are Some Illinois Nursing Home Bed Sore Lawsuits Valued More Than Others?

This is enough to make a smart person extremely confused. However, what we do in the section that follows is try and explain to you why nursing home residents got the award or settlement that they got.

We focus on several issues including the following:

In this incident, an elderly woman was admitted to a nursing home with a history of strokes and other health problems.

Thus, she presented a strong risk for bed sores (also called pressure sores and decubitus ulcers). However, during her time there, which is a little under one year, she developed several bed sores all over her body.

They ultimately became infected and led to her death. The estate filed a lawsuit and received $625,000 in settlement. Here are some points that might have contributed to the agreement:

The estate of a recently deceased woman filed this lawsuit against a nursing home just outside Chicago, Illinois. They contended that despite being at risk for pressure sores, the facility took no steps to prevent them.

Consequently, they arose on her body-specifically on her sacrum and heels- and were a contributing factor to her death.

Before the two sides reached trial, they settled out of court for $575,000.

Here are a few things that might help you understand why the plaintiff in this suit got the amount that she did:

This case pretty much had everything. The nursing home resident started off suffering from dehydration and malnutrition but soon developed bed sores as a result of neglect as well.

Then, she even fell from her bed and sustained multiple injuries. Eventually, she died from the combined effect of these serious health conditions.

Her estate sued the nursing home and charged a variety of misdeeds including lack of supervision, staff, and resources. The two sides settled out of court for $250,000 probably because of the following:

This lawsuit was brought as a wrongful death and survival action. It alleged that the decedent died while in the care of the nursing home.

Specifically, the nursing home did not prevent the resident from developing bed sores. In fact, they even progressed to stage IV bed sores while he resided there.

Then, it charged that these sores and the infections that resulted took his life.

The estate of the deceased man claimed that the defendant nursing home failed him in a number of ways including deficient supervision, diagnosis, and prevention.

The two sides reached an agreement out of court to end the matter for $50,000.

Here are some justifications for the arrangement:

The resident in this story was a middle-aged women with seven dependents. She was recently submitted to a facility for long-term care.

Upon her arrival, she had no signs of bed sores. Unfortunately, while living there, she developed them and they persisted to such an extent that they infected and killed her.

The woman’s estate sued the facility and a jury gave it a $1,038,00 award for pain, suffering, medical bills, and other damages. The award was so high probably for the following reasons:

Our law firms strenuously studies the circumstances of every nursing home accident clients brings us, including those involving bed sores. We know the devil is in the details.

We employ experts to investigate and identify nursing home failures in order to determine how their misconduct led to your injuries and damages. Then, we put our best lawyers on your case to erect a case the most amount of recovery possible under Illinois law.

A team of experienced attorneys, paralegals and nurses, carefully evaluates each nursing home abuse case in our office. Each team member works with the goal of determining how and why an incident may have occurred and how we can achieve the best possible recovery for the individual or a family.

If you developed bed sores or they worsened while you were under the care of a nursing home, you need to understand that you are entitled to relief. We can handle your case free of charge until you get the award or settlement that you need. Start today! Call our offices or fill out a case intake form.

For detailed information on other types of Illinois nursing home negligence cases, please look at the pages below: