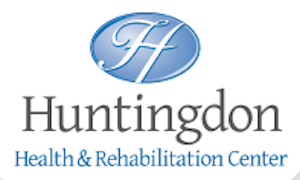 When your family decides to entrust the care of your loved one to the staff at a nursing home, you do so with the understanding that the facility will follow established standards of care. Many families are horrified to learn that caregivers and other residents mistreated the resident at the most vulnerable point in their life.

If your loved one was abused or neglected, the Tennessee Nursing Home Law Center attorneys can provide immediate legal intervention. Our legal team has represented many Carroll County nursing home residents to ensure they received adequate financial compensation to recover their damages. Let us begin working on your case today before the state statute of limitations expires.

This long-term care (LTC) home is a 120-certified bed center providing cares and services to residents of Huntingdon and Carroll County, Tennessee. The Medicare/Medicaid-participating "for profit" facility is located at:

Federal and state investigators can penalize any nursing home that has violated rules and regulations that resulted in harm or could have resulted in harm of a resident. These penalties include imposing monetary fines and denying payment for Medicare services.

Within the last three years, state investigators have not fined Huntingdon Health and Rehabilitation Center, but the facility did receive two formally filed complaints and self-reported two serious issues that resulted in citations. Additional documentation about fines and penalties can be found on the Tennessee Department of Health Nursing Home Reporting Website concerning this nursing facility.

The state of Tennessee and federal government regularly updates their long-term care home database system with complete details of all dangerous hazards, opened investigations, health violations, safety concerns, filed complaints, and incident inquiries. The search results can be found on numerous online sites including Medicare.gov and the TN Department of Public Health website.

In a summary statement of deficiencies dated May 16, 2018, the state investigative team documented that the facility had failed to “ensure the safety of a resident during transfer.” The surveyors also documented the nursing home’s failure “to ensure a fall intervention was re-evaluated for [two of four residents] reviewed for falls.” The investigators reviewed the facility’s policy titled Falls – Clinical Protocol revised in April 2016 that reads in part:

“The MDS (Minimum Data Set) will be utilized to develop the comprehensive plan of care to minimize falls and injuries from falls. Intervention should be developed and implemented for the assessment needs.”

“If the individual continues to fall, the interdisciplinary team should re-evaluate the situation and consider other possible reasons for the resident’s falling (besides those that a party been identified and will re-evaluate the continued relevance of current interventions.”

The investigators reviewed the resident’s admission MDS (Minimum Data Set) that shows that the resident has “no cognitive impairment, [but requires] extensive assistance with two-person assist with transfers and has total dependence for bathing.”

The resident’s care plan dated March 11, 2018, reveals that resident has “activities of daily living and mobility deficits secondary to [their medical condition] secondary to spinal cord injury, muscle weakness and spinal stenosis. Interventions [include] total assist of two for transfers. The resident does not ambulate.”

A review of the resident’s fall investigation dated May 1, 2018, revealed the resident “was in the shower room and was being transferred from the shower chair to the wheelchair with one person assist and fell during the transfer.” The investigators observed a resident thirteen days later on May 14, 2018 while “seated in a wheelchair in the smoking area.”

The investigative team then interviewed the Certified Nursing Assistant (CNA) who provided the resident care and asked, “if anyone helped him transfer [the resident] from the shower chair to the wheelchair on May 1, 2018.” The CNA replied, “No, ma’am.” The surveyor interviewed the facility Director of Nursing on May 16, 2018 and asked “how many people should have transferred the resident the day he fell. The Director responded, “Two.”

“Regardless of how minor an accident or incident may be, including injuries of unknown source, it will be reported to the department supervisor. A report of the Incident/Accident will be completed. The following data must be included: The name(s) of the witnesses and their account of the accident or incident.”

The survey team reviewed Nurse’s Notes dated March 15, 2017, that revealed a “pin size scab noted [to the right] posterior hand with a quarter size bruise." The team then reviewed the accident investigations report for the incident that revealed: “that there was no investigation of the finding of the scab and the bruise on [the resident’s] right hand.”

The surveyors interviewed the facility Director of Nursing and asked, “if an investigation had been completed for the findings of the scam and bruise on [the resident’s] right hand?” The Director replied, “I do not have an investigation for March 15 for the scab on her hand.”

“Personnel shall be trained on the importance of hand hygiene and preventing the transmission of healthcare-associated infections. Personnel shall follow the handwashing/hand hygiene procedures to help prevent the spread of infection to other personnel, residents, and visitors. After contact with medical equipment in the immediate vicinity of the residents, after removing gloves.”

Surveyors observed the Split Hall on May 15, 2018, that revealed a Licensed Practical Nurse “removed an inhaler and glucometer from the cart, entered [the resident’s] room, washed her hands, donned gloves, and administered an inhaler.” At that time, the LPN “removed her gloves, and donned gloves, and performed a finger stick.” The LPN then “exited the room, disposed of the lancet, clean the inhaler, and glucometer, prepared and insulin injection, and re-entered the room, and administer the insulin to [the resident].”

The state surveyor interviewed the LPN a few minutes later at the Nurse’s Station and asked, “if she should have changed her gloves and washed her hands after cleaning the glucometer and before administering insulin?” The LPN replied, “Yes.”

As a part of the investigation, the survey team interviewed the facility Director of Nursing and asked “when she should expect nurses to wash their hands. The Director stated, “every time they go in and every time they go out (of the resident’s rooms) and any medications (before administering medications).” The Director confirmed that she expected her staff to wash their hands “before administering insulin.”

“The purpose of this procedure is to prevent cross-contamination when using a stethoscope between residents or when a stethoscope is used by multiple staff members.” “This facility considers hand hygiene the primary means to prevent the spread of infections. Employees will wash their hands for ten to fifteen seconds using antimicrobial or non-antimicrobial soap and water under the following conditions: After removing gloves, if hands are not visibly soiled, using alcohol-based hand rub containing 60%-95% [medications] after removing gloves, the use of gloves does not replace hand washing/hand hygiene.”

The investigators interviewed the Director of Nursing and asked, “what should be done if the stethoscope was dropped on the floor [before] being used on a resident.” The Director replied, “it should be cleaned.” The Director also confirmed that the nursing staff “should wash hands” after removing gloves and before applying gloves.

Do You Need More Information about Huntingdon Health and Rehabilitation Center?

If your loved one is suffering from abuse, neglect or mistreatment while living as a resident at Huntingdon Health and Rehabilitation Center, the Tennessee nursing home abuse and neglect lawyers at Nursing Home Law Center at (800) 926-7565 can help. Our network of attorneys fights aggressively on behalf of Carroll County victims of mistreatment living in long-term facilities including nursing homes in Huntingdon.

Our seasoned attorneys can assist your family in successfully resolving your monetary compensation claim against the nursing facility and staff that caused your loved one harm. Contact us now to schedule a free case review to discuss how to obtain justice and resolve a financial recompense claim. Let us begin working on your case today to ensure your rights are protected.

Our lawyers accept all cases involving wrongful death, nursing home neglect, or personal injury through a contingency fee arrangement. This agreement postpones making payments to our legal firm until after we have successfully resolved your case through a jury trial award or negotiated settlement. We provide all clients a “No Win/No-Fee” Guarantee, meaning you owe us nothing if we are unable to obtain compensation on your behalf. We can begin working on your case today to ensure your family receives monetary recovery for your damages. All information you share with our law offices will remain confidential.