The New York State Supreme Court has awarded $5.4 million to a Staten Island man who suffered from severe bed sores during a 2006 hospital stay, according to SI Live. The plaintiff, 63-year-old Robert Messina, will receive the majority of payment from the Staten Island University Hospital.

On the morning of August 31, 2006, Messina suffered from what his attorney calls a “health episode”. After Messina left for work that day, his wife, Carol, found Messina outside, shirtless and without his car keys. Mrs. Messina quickly called paramedics. At the hospital, doctors gave Messina a working diagnosis of encephalopathy, or brain dysfunction. According to court papers, Messina also suffered from a number of other maladies, including obesity, diabetes, hypertension and high blood pressure. Messina claims to remember nothing about the early portion of his stay. 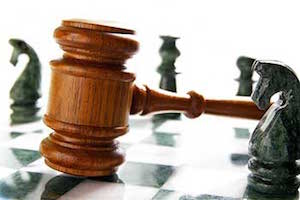 Over the next year, Messina shuttled between the hospital and Golden Gate Rehabilitation and Health Center in Staten Island. During that time, according to SI Live, he suffered respiratory failure and kidney failure. He also, on one occasion, suffered an “exploded” spinal pressure ulcer, according to Ashley. The ulcer led to an infection in Messina’s right hip, which ultimately forced Messina to use a wheelchair.

“I’m happy [about the verdict] but I’d give every dime back to walk”, Messina reportedly said last week in a telephone interview. “I can’t drive. You don’t have any freedom”.

Notes on this verdict from a medical malpractice attorney:

As an attorney who works on medical malpractice cases on behalf of families and individuals who have been mistreated during a hospitalization. I find hospitals to be some of the worst offenders when it comes to providing an environment where patients can concentrate on their recovery efforts as opposed to worrying about acquiring a pressure sore. Unfortunately, even with federally mandated pressure sores prevention regulations in the form of denial of reimbursement from Medicare for hospital acquired pressure sores, I continue to see a steady stream of patients with these emblems of systemic neglect.

Hopefully, as substantial medical malpractice verdicts like this come to light, we will begin to see meaningful steps towards the elimination of pressure sores as an ongoing threat o hospital patients.