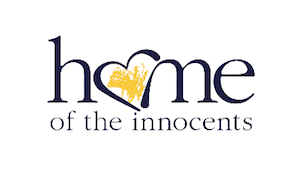 Do you suspect that your young loved one is being mistreated, abused, or neglected while residing in a Jefferson County Health Care Center? If so, it is essential to contact the Kentucky Nursing Home Law Center attorneys now for immediate legal intervention. Our team of lawyers has handled cases just like yours and can help your family too.

We will use our courtroom experience and comprehensive understanding of Kentucky tort law to ensure your family will be adequately compensated for your damages. We will use criminal law to ensure that those who responsible for causing the harm will be held legally accountable. Let us begin working on your case today to ensure justice is served.

This nursing home is a "not for profit" center providing cares and services to residents of Louisville and Jefferson County, Kentucky. The Medicare/Medicaid-participating 76-certified bed nursing facility is located at:

In addition to providing 24/7 care, Home of the Innocents provides other services including:

The state and federal investigators have the legal authority to penalize any facility that has been cited for a serious violation that harmed or could have harmed in nursing center resident. Typically, these penalties include imposed monetary fines and denial of payment for Medicare services.

Within the last three years, nursing home regulators imposed a monetary fine for $13,627 against Home of the Innocents Health Care Center citing substandard care. Also, the facility self-reported one issue that resulted in a citation. Additional information about penalties can be found on the Kentucky Department of Health Care Nursing Home Reporting Website.

Information on every intermediate and long-term care home in the state can be reviewed on government-owned and operated database websites including Medicare.gov and the Kentucky Department of Public Health website.

In a summary statement of deficiencies dated February 2018, the state investigative team noted that the nursing home “failed to have an effective system to protect one resident from abuse. Record review and staff interviews revealed that the facility was aware of [the resident’s] sexually acting up behaviors at the facility and the school.”

Per the staff interviews, “staff was to have close supervision of [the resident] while on the unit and one-to-one supervision when off the unit. However, [the allegedly sexually active resident and another resident] were in the unit’s activity area without staff supervision. Interview and review of the facility security video revealed that on December 10, 2017, [the allegedly sexually active resident pulled another resident’s] pants and briefs down and put his/her hand down [the second resident’s] pants and put his/her face into [that resident’s] genital area.”

When this occurred, the second resident “was unable to call out for assistance. Per the interview with the Director of Nursing, the facility had not assigned supervision for the activity area of the unit where [the allegedly a sexually active resident and the second resident] were stationed.”

The survey team stated the “facility’s failure to have an effective system in place to ensure each resident remained free of abuse that is likely to cause serious injury, harm, impairment or death. An Immediate Jeopardy was identified on January 26, 2018, and it was determined to exist on December 10, 2017.”

A review of a subsequent resident’s nursing note dated June 11, 2017 “revealed by visiting another unit in the facility, [the resident] pulled up his/her shirt and shook his/her chest toward a female resident. Staff redirected [the sexually aggressive resident] and sent him back to the assigned unit with notification of the supervisor.” A third nursing note dated July 3, 2018, at 5:00 PM revealed the resident “express to another resident [that] he/she loved them while on the facility phone.”

The survey team interviewed the Social Services Manager who revealed that the resident “had Internet privileges taken away at the facility and the school [before] the school incident… because [the resident] had viewed pornographic videos.”

An interview with another Licensed Practical Nurse (LPN) revealed that “the facility and staff are to closely monitor [the sexually active resident] and keep the resident in eyesight at all times because of the incident at the school on October 26, 2017.” The LPN stated that “staff was unable to care for [the resident] adequately concerning mental health needs.”

In a summary statement of deficiencies dated February 9, 2018, the state survey team noted that the facility had “failed to have an effective system to ensure policies and procedures were implemented to prevent abuse of a resident.”

The state survey team said that “staff interviews and record reviews revealed the facility was aware of [a sexually active resident’s] sexual behaviors at the facility and school but failed to ensure [that that resident] was closely supervised. On December 10, 2017, [a Certified Nursing Assistant (CNA) observed the resident] with his/her hand and [another resident’s] pants in the community area of the unit. Per the facility’s own investigation, the staff delayed reporting the abuse to the supervisor, which caused a delay in reporting to administration.”

The surveyor said that “the facility’s failure to have an effective system in place to ensure the facility’s abuse policy was implemented has caused or likely to cause serious injury, harm, impairment, or death. Immediate Jeopardy was identified on January 26, 2018, and it was determined to exist on December 10, 2017.”

In a summary statement of deficiencies dated July 7, 2017, the state investigators documented that the facility had failed to “ensure residents were free from accident hazards as evidenced by water temperatures exceeding 110°F in 45 resident cottages.” The state investigators reviewed the facility’s policy titled: Environment of Care; Water Temperatures Checked that reads in part:

“Maintenance personnel are to check water temperatures at the main boiler and three other sites weekly to ensure temperatures are maintained between 100° and 110°F.”

A Victim of Neglect at Home of the Innocents Health Care Center? We Can Help

Do you suspect that your loved one was injured or harmed while living at Home of the Innocents Health Care Center? If so, contact the Kentucky nursing home abuse attorneys at Nursing Home Law Center at (800) 926-7565 for immediate legal intervention. Our network of attorneys fights aggressively on behalf of Jefferson County victims of mistreatment living in long-term facilities including nursing homes in Louisville. Contact us now to schedule a free case review to discuss how to obtain justice and resolve a financial compensation claim.

Our skillful attorneys provide legal representation in victim cases involving nursing home abuse when it occurs in private and public nursing facilities. We accept every case concerning wrongful death, nursing home abuse, and personal injury through a contingency fee agreement. This arrangement postpones your need to make a payment for our legal services until after your case is successfully resolved through a negotiated out of court settlement or jury trial award.

Our network of attorneys provides every client with a “No Win/No-Fee” Guarantee. This promise means if our legal team is unable to obtain compensation on your behalf, you owe us nothing. Let our network of attorneys start working on your case today to ensure your family receives the financial compensation they deserve for your harm. All the information you share with our law offices will remain confidential.