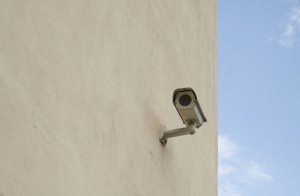 Imagine being bedridden due to illness. Unable to speak or stand up for yourself you watch in horror as your doctors and nurses abandon you. Then, to add insult to injury, they cover up their misdeeds and lie about their malfeasance.

This nightmare was a reality for a nursing home patient in Buffalo, Michigan (identified by his initials as LM). When someone finally did stand up for LM, and in court no less, they alleged the nurses disregarded their responsibilities, did not give him his required medications, food or liquids. Additionally, they claimed the medical staff falsified patient documents to cover up their misdeeds. While this unfortunate incident reminds us to be vigilant of the prevailing problems in nursing homes, the source of the message was unique: a hidden video camera.

Following the clandestine recording, seventeen people were charged with related crimes. However, the debate has expanded from this nursing home to others across the state and across the country. Critics point to systemic problems associated with long-term facilities such as inadequate staffing, lack of supervision, and poor conditions. The home at the center of this controversy had triple the average of deficiencies, and many of these were cited for lack of care. Yet, nothing was done, and those shocked and outraged by similar tragedies argue for minimum staffing requirements at health care facilities to ensure this abuse does not continue.

On the other hand, defenders of the accused contend that maybe nothing could have been done given the circumstances. The job bordered on the impossible in their eyes. Long days, demanding patients, hard conditions and commitments that stretched them too thin all boiled up to create expectations that could not be possibly be met-even by registered and qualified staff. Whatever side you come down on, what is clear and convincing is that this camera opened the door on the troubling problem of elder abuse in the country.

Every year, thousands of our loved elders experience some form of abuse within nursing homes-almost one in ten! Be on the lookout. Signs of neglect include unwashed clothes, patient falls, and missed meals. If you feel that someone you know may be suffering from nursing home neglect, seek the counsel of an experienced attorney who can ensure that their rights are protected.