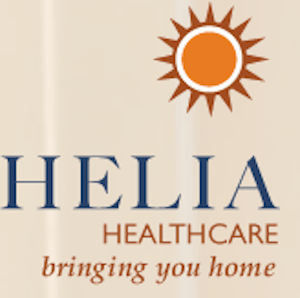 Sadly, many nursing home residents become the victims of mistreatment, abuse, and neglect at the hands of their caregivers, visitors, employees, and other patients. Sometimes, the nursing home fails to follow appropriate hiring practices or neglect to train their Nurses and Nurse’s Aides. Other times, patients become victims of resident-to-resident assault due to a lack of supervision.

If your loved one was harmed while residing in a Champaign County nursing facility, contact the Illinois Nursing Home Law Center attorneys for immediate legal intervention. Our team of Chicago nursing home lawyers has successfully resolved cases just like yours. Call us now so we can begin working on your case today. As your legal representative, we will handle your entire case to ensure your family receives the financial compensation you deserve for your damages.

This facility is a 118-certified bed "for profit" long term care home providing services and cares to residents of Champaign and Champaign County, Illinois. The Medicare/Medicaid-participating long-term care (LTC) center is located at:

In addition to providing around-the-clock skilled nursing services, Helia Healthcare of Champaign offers other services including:

Medicare has labeled Helia Healthcare of Champaign as a Special Focus Facility (SSF) because of persistently substandard quality of care as determined by federal and state inspection teams. This designation means that the nursing home is subjected to more frequent surveys and inspections, escalating monetary penalties and the potential of being terminated from Medicaid and Medicare.

Illinois and federal investigators have the legal authority to penalize any nursing home that has been cited for a serious violation that harmed or could have harmed a nursing home resident. Typically, these penalties include imposed monetary fines and denial of payment for Medicare services. Within the last three years, nursing home regulatory agencies have levied two monetary penalties against Helia Healthcare of Champaign (SFF), including a $7150 fine on August 30, 2017, and a $13,627 fine on November 13, 2017, for a total of $20,777.

Comprehensive research results can be reviewed on the Illinois Department of Public Health and Medicare.gov nursing home database systems. These sites detail all filed complaints, safety concerns, opened investigations, health violations, incident inquiries, and dangerous hazards. Many families use this information to determine the level of medical, health and hygiene care long-term care facilities in the local community provide their residents.

In a summary statement of deficiencies dated July 12, 2018, the state investigators documented that the facility had failed to “complete a pressure injury treatment for one of six residents reviewed for pressure injuries.” The surveyors reviewed a resident’s Pressure Wound Report dated January 1, 2018, through September 10, 2018, that revealed the resident “has a facility-acquired pressure ulcer on [their] left heel.”

A review of the resident’s Treatment Administration Record dated from July 1, 2018, through July 11, 2018, revealed that the resident’s left heel pressure injury treatment was completed by [a Licensed Practical Nurse (LPN)] during the evening shift on October 11, 2018.”

However, the following morning on July 11, 2018, at 8:32 AM, the resident “stated no one change [their] left foot dressing last evening.” The resident also said, “it sometimes happened on the evening shift.”

In a summary statement of deficiencies dated July 12, 2018, a state surveyor documented that the facility had failed to “ensure a bed mattress properly fit on a bed frame, causing an entrapment hazard for one of seven residents reviewed for accident hazards.”

The investigators observed the resident “lying in bed on an alternating pressure mattress” just after noon on July 9, 2018. At that time, the patient’s “head was level with the top of the mattress. There was a large gap between the bed frame at the head of the bed, and where the mattress started. There were quarter side rails up on both sides of the bed. Half of the side rails were butted up against the mattress and the other half, at the top of the mattress, had nothing against them, just the rail attached to the bed frame where the gap is.”

During an interview, the resident said “I cannot get comfortable. I need to scoot up in the bed, but my head is already at the top.” About forty minutes later, two Licensed Practical Nurses (LPNs) entered the resident’s room “to complete cares on [the patient. The patient’s] mattress and bed frame, at the head of the bed, still had a large gap.” The resident “rolled herself from side to side with the use of the side rails so [both LPNs] could provide cares.

In a summary statement of deficiencies dated July 12, 2018, a state surveyor noted the nursing home's failure to “perform hand hygiene to prevent cross-contamination for two of five residents reviewed for infection control.”

A part of the investigation’s findings was documented at 9:57 AM on July 9, 2018, that “there was an isolation card set up outside [a resident’s] room.” Nearly three hours later, the resident “was lying in bed,” and said that their medical condition is one of their wounds.

The investigators reviewed the resident’s Wound Culture Report dated July 22, 2018, that revealed a “Wound Assessment has a heavy growth of Acinetobacter Baumannii Complex” a superbug that causes diseases including meningitis and pneumonia. This type of infection typically affects individuals inside a health care facility.

The surveyors observed to LPNs (Licensed Practical Nurses) providing the resident care. On the afternoon of July 10, 2018, both nurses “donned gloves and gowns and entered [the patient’s] room to provide wound care. After removing the old wound dressings that had a moderate amount of drainage on them, [one LPN removed their] gown and gloves, stating [they] had contaminated themselves, opened [the patient’s] bedroom door and exited the room, without washing [their] hands.”

The state surveyors continued to observe the LPNs complete the cares without washing their hands. A couple of hours later, one CNA confirmed that they “did not wash her hands [before] leaving the room.” The Director of Nursing stated the following day that “staff should wash their hands [before] leaving the room of all residents, especially if they are in isolation.”

The investigators reviewed the facility’s policy titled: Infection Control that reads in part:

“The facility will make every effort to prevent the spread of infection in the facility when needed; residents will be placed on isolation, staff will use proper glove and handwashing technique.”

In a summary statement of deficiencies dated November 13, 2017, the state investigator noted that the nursing home had “failed to prevent physical, verbal and mental abuse for one of two residents reviewed for abuse.”

Part of the findings involved notations that a cognitively impaired resident’s “mouth and nose were forcibly covered by the hand of a staff member. The staff member’s hand forcefully pushed [the patient’s] head into the mattress resulting in physical and psychosocial harm in the form of mental and emotional distress for [the resident].” Due to the resident’s cognitive impairment, they were not interview-able.

The documentation revealed that a third CNA “heard a loud noise coming from another hall other than the one [they were] working on and went [to the resident’s hall into the resident’s room].” At that time, the third CNA asked the first CNA and the aggressive CNA “what was going on” and attempted to calm the resident down, but the resident “was too upset.”

The investigators interviewed the facility Director of Nursing who stated, “obviously, I would not want anyone I love to be hurt.” The Director stated that “she loves all the residents in the facility.” The facility Administrator stated that the allegedly abusive CNA “was terminated based on the facility wanting to make sure the residents were kept safe and that [the allegedly abusive] CNA had other allegations of abuse (all unsubstantiated) [before] the August 4, 2017 abuse allegation” concerning this resident.

Neglected or Abused at Helia Healthcare of Champaign (SFF)? We Can Help

Do you suspect that your loved one was victimized by caregivers while living at Helia Healthcare of Champaign (SFF)? If so, call the Illinois nursing home abuse and neglect attorneys at Nursing Home Law Center at (800) 926-7565 today. Our network of attorneys fights aggressively on behalf of Champaign County victims of mistreatment living in long-term facilities including nursing homes in Champaign. Contact us now to schedule a free case review to discuss how to obtain justice and resolve a financial compensation claim.

Allow our reputable attorneys to handle every aspect of your compensation claim against every individual or entity that caused harm to your loved one. Our years of experience in handling nursing home abuse recompense claims can ensure a successful resolution of your case. We accept every nursing home neglect case, wrongful death lawsuit, personal injury claim for compensation through a contingency fee arrangement. This agreement postpones making payments to our legal firm until after we have successfully resolved your case through a jury trial award or negotiated settlement.

Our network of attorneys provides every client a “No Win/No Fee” Guarantee, meaning if we are in successfully resolving your compensation case, you owe us nothing. We can provide legal representation starting today to ensure your family is adequately compensated for your damages. All information you share with our law offices will remain confidential.